Sean Maguire : “The fans seem to match the beauty of Paris” 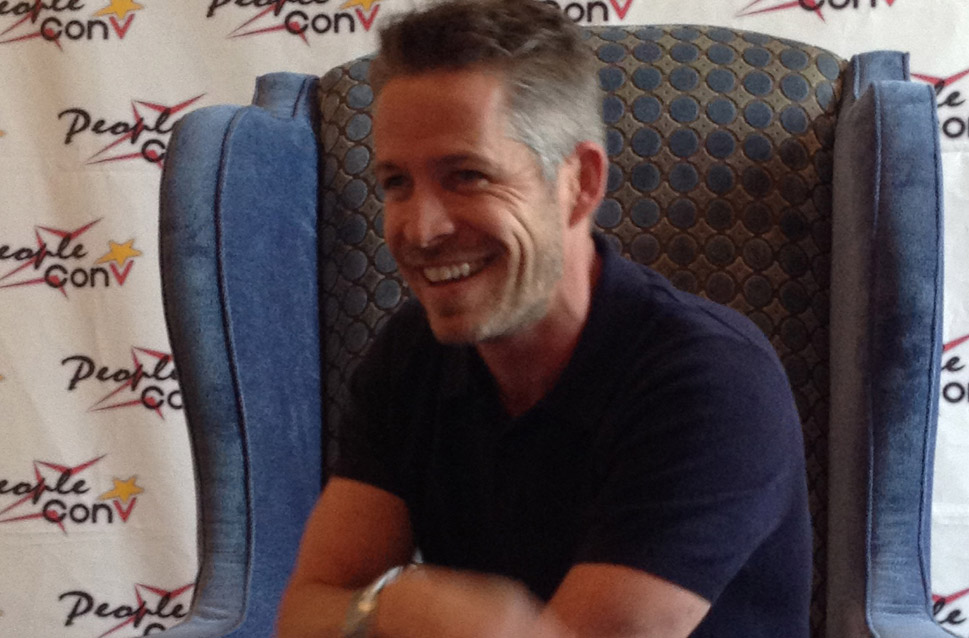 We met with Sean Maguire (Robin Hood in Once Upon A Time) during the Happy Ending Convention organized in Paris by People Con. We mostly talked about conventions but also a bit about politic : Macron, Trump… Check it out !

This is your third convention in France, is there a moment or a fan that stood out ? Maybe a best memory from these 3 conventions?

It was the convention after it was announced that I was leaving the show. It was very overwhelming. The fans here in Paris and also in Rio sing songs, were holding signs. I got a little bit emotional. I was overwhelmed in a lovely way, very flattered and honored. It’s become a very special place to me. I’ve always loved Paris. I came here when I was ten for the first time, it’s one of the greatest city in the world. And the fans seem to match the beauty of the city.

According to you, are there differences between countries in term of organization or fan behavior for example during conventions?

Yeah, I think so. Paris and Rio, the passion of the fans and the emotion… In some cities, it’s more contained, which is also lovely and great but in Paris and Rio especially, there seems to be a kind of reaction there is normally with a boy bands. ILlast night  we came with Michael Raymond James to the introduction party and Michael doesn’t do as many conventions. I was like ‘it’s fine, we just go in, say Hi, Hi, hi and that’s it’ and we opened the doors and it was like “waoow”. He was looking at me like ‘are you crazy!! This is normal ?” and I was like ‘i didn’t know’ but it was great and it’s difficult to not be overwhelmed, excited and grateful.

Why do you chose to go to conventions?

For one, it’s an amazing way to travel around the world. My wife and I travelled with our family. We just love travel. So to come to a new city and to be looked after by fantastic organizers, they put you up in great hotels… it’s a wonderful way to see the world and we definitely would not have been to 80% of the cities we’ve seen if it wasn’t for conventions. It’s lovely when you’re arriving to a city you’ve never been to before and you’re greeted as if you’re coming home. It’s very heartwarming.

Do you have time to visit the cities you’re talking about ?

Sometimes. Paris yes because on this particular trip I brought my sister, her husband, her four children, my wife and my son and yesterday we all went to Eurodisney together. But in some cities, you fly in, spend the day at the convention and go home to have some food, bed and wake up. So you don’t always get to see  much but with Paris, Rio, Chicago, New York or any cities that are high on our list of cities that we love, we always travel  to have a few days at the beginning and at the end to use it as a vacation.

With all the Q&A you’re doing in conventions, what’s the question you are asked the most?

Why did you die ? And I’m like… well… It’s definitely one of the question I’m asked the most. Will you come back, how do I get along with Lana, who is my favorite cast member, who’s the funniest, do you play pranks on each other. By the way, I’m very glad they did a musical episode because that was one of the question : “when could you do a musical episode” and I was like, I have no control, I’m just going where they tell me to and I say what they want me to say.

What’s the question you hope nobody is going to ask you?

How can I answer that diplomatically… (laugh) When the character that I play was killed, many fans were disappointed because they liked Robin and Regina together. So a lot of people were curious to know my reaction. That’s when sometimes you have to be diplomatic.

What’s the question you wish you were asked ?

Would you like to lie down on this bed as a contest ? (laugh) To which I would say yes !

Is there a moment you prefer between autographs, photoshoots, meetings, Q&A…

I enjoy the Q&A because I like taking the questions from the audience and I like the meet and greet because you can sit down and chat with the fans. With the photos or the autographs, it’s very quick. I feel like the fans don’t just want an autograph and a photo, they want an interaction and when there is a hundred people it’s very difficult to have that moment with people. In 10 seconds it’s : hi, how are you, how are you doing and it’s the next person. So the meet and greet and the Q&A are nice because it’s more relaxed and you feel like you’re actually getting to meet the fans of the show which is why we are all here. And they’re incredible. I’ve never known a TV show to provoque this level of passion and emotion from an audience.

Many actors told us that thanks to conventions they are closer with other actors from the same show or they even met some actors. Is it your case?

Yeah ! Obviously myself and Lana have done many together, myself and Rebecca too. Rebecca and I counted once, like a year or two ago, we’ve been to 17 or 18 differents cities together. So yeah you do. We, as a cast, get along well and like each other but it’s kind like you’re in school and take a school trip. You take yourself out of the normal context and it’s a great fun. We wouldn’t do these if we didn’t enjoy them.

Are conventions something you would have like to do before you were famous, as a fan ?

It’s still relatively new. Star trek probably could take the credit for fans convention, that’s how it kind of started and now what we’ve seen is that there is a huge desire around the world and in all different countries to meet the actors of your favorites shows and so it’s wonderful really to have that kind of event.

We wanted to end this interview with a little game. If Sean could be an actor, a world leader and a muscian for a day who would he be. Let’s see his answers.

be another actor : Daniel Day lewis. I think he is the best actor that has ever lived. His process is so deep, he stays in character. I’m curious to how the world look through his eyes when he is deep in character. He is just a fascinated man and stays very private so you don’t find a lot which I think makes him even more intriguing.

be a world leader : I would be Donald Trump so I could throw myself of off a bridge and I would spared the world. I think everyone hates me because I’m a horrible horrible person so that’s what I would do. I would do the hero thing of taking myself out of the equation. When Macron won I nearly cried because I was like thank god for France because in England with the brexit, and America with Trump, I was saying please France, please don’t go down that road, please don’t follow us down the road. When Macron won, it made me feel like there was hope again so I was really happy about that.

be a musician/singer : Paul McCartney because he is one of the last two remaining Beatles. I’ve seen McCartney live a couple of time and it’s amazing when you see Paul McCartney sing a Beatles song. It’s like the soundtrack of your life. I’ll tell my grandchildren that I got to see a Beatle.

#THUG: inside the Money Heist convention
Michelangelo Fortuzzi (Druck), new guest of the Everything is Love 5 convention
Money Heist: Ultim Events will organize a second edition of The Hold Up Gang convention
[Interview] Itziar Ituño talks about the end of Money Heist
Pretty Little Liars: Huw Collins, second guest of the convention ‘Let’s Hang with -A Paris edition’

TV Show
Berlin alive in the spin-off of Money Heist?