Liam McIntyre : “The San Diego Comic Con is like the Super Bowl of conventions” 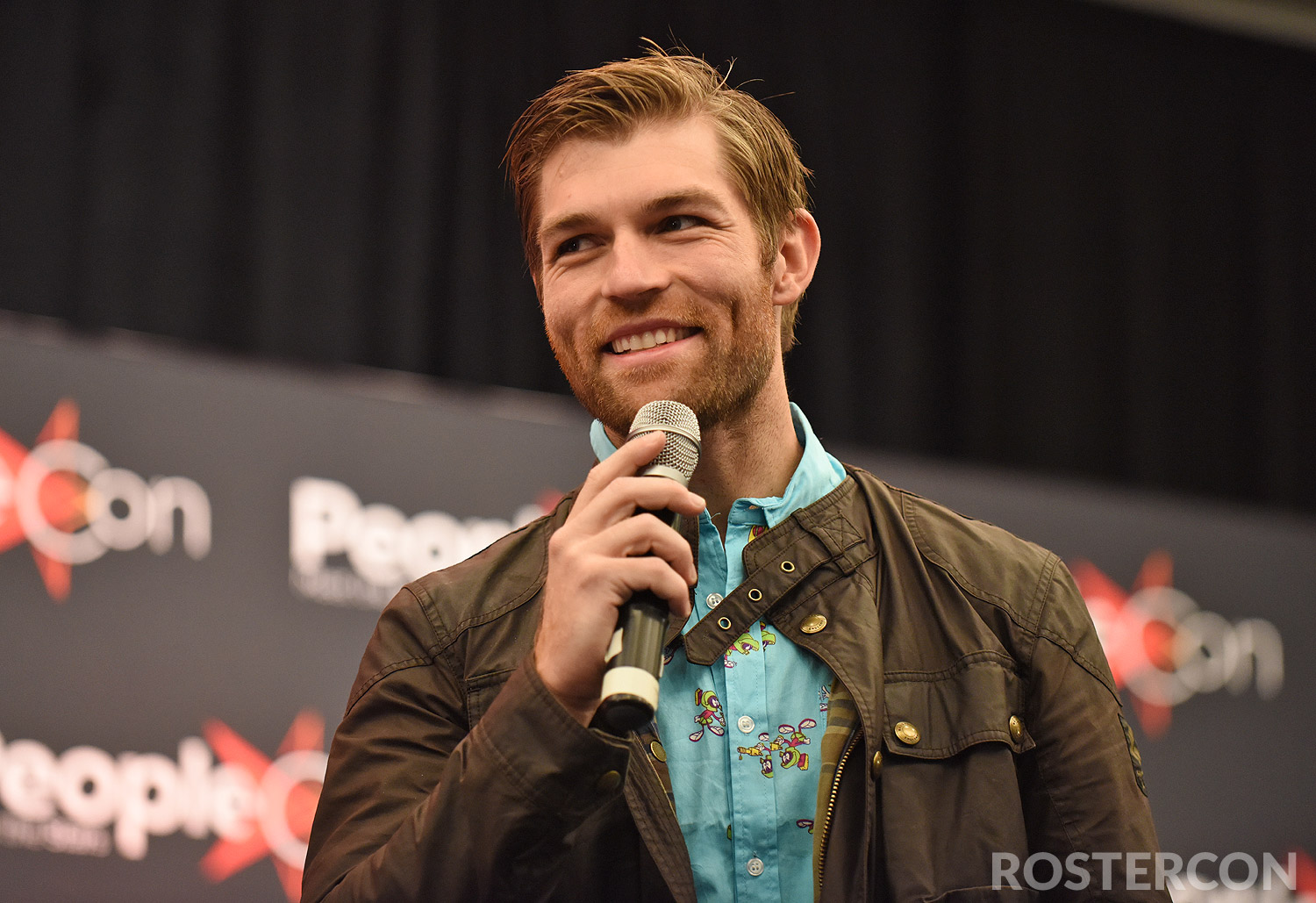 The Rebels Spartacus IV convention was held in Paris on October 7 and 8, 2017. On this occasion, we were able to meet and discuss a few moments alone with Liam McIntyre, Spartacus in the eponymous TV show.

Expert of the world of conventions, Liam McIntyre was delighted when he got the role of Spartacus, because he was asked to go to Comics Con. More reason to sign his contract ? « I didn’t even look at the rest of the contract (laugh). I was like : I get to go to the Comic Con !! ». Because yes, participating at these events was a childhood dream of him : « as a kid, I was hearing about Comic Con from Australia. It was a couple of Americans ones and couple of Europeens ones and mainly about the San Diego Comic Con. » Dream fulfilled since he was invited for the first time in 2011 to the event and many times since : « to be a part of it as somebody who get watched on television was super cool and super fun. It’s crazy ! »

Since then, he also participated in many events including more intimate conventions such as Rebels Spartacus IV : « It’s like a little family. It’s perfect ». For Liam, there are three different types of conventions : « The San Diego Comic Con is like a sporting event part advertising campaign part real fans. It’s more than a convention now, it’s like the Super Bowl of conventions. » Second category « the Comic Con style thing where it’s a lot of merchandising and marketing and thousands of people coming and doing cosplays. It’s a really cool experience. » And finally « you have these more intimate conventions which are like fan experiences. It’s the fourth time I’ve done it and it was amazing meeting new people and there is a family of a hundred of people that come every time. » And, of course, these encounters create links : « we now have this connection with them. It’s like a fun experience we share as opposed to you just standing there and signing autographs as they come along : how are you, nice to see you, how are you, nice to see you… Here it’s : ‘Oh, last year you were doing this and now you’re doing this…’ you get these actuals interactions. » These moments of encounters with fans allow them to reconnect with the reality and share moment with people who watch their work : « you get to meet those people and share their experiences, know their thoughts and be part of the experience with them which takes you out of you pretending to be someone for a few days and to actually hear amazing stories. You get to connect with the world and be part of something that’s not just you playing around. It’s nice. I find people geniously really sweet, they are good people. »

Among the fantastic stories Liam remembers, there is the one of this man who tells him that he and his wife are struggling to have a child : « He was telling me :” I wish I was strong like Spartacus to get through all of this pain.” I answered him : « that’s so sad, for what I can do, welcome to the brotherhood brother. I’m sure you’ll have good fortune, an this will turn around and just keep strong and if ot’s meant to be it will be okay. » You don’t really think of it, you just try to say something nice to some people, they listen to you for whatever reason and it’s nice. And then I saw them again at a convention and he told me they were having a child and for them it was like somehow I have helped and I was like : ‘I did nothing’. But it was amazing. »

He also had the opportunity to vist US troops based in the Middle East thanks to USO (United Service Organizations) which provides recreational and moral support services to members of the US military. « It’s an honor to be part of this great tradition. These people are risking everything and they need some support. One guy came in and on his uniform he torn off one of his badges and tells me : « I want you to have this ». I was like : « Oh I don’t know, I don’t thing I can… » He told me his story saying he was in Irak for the war and he survived. They had these moments where they weren’t sure if they were going to live but they had our show and it gave them the courage to keep going and that’s why he wanted me to have the badge. According to me I didn’t deserve this, he had nearly died for this but it was important to him and it was one of the most humbeling experience of my life. It was more than some people making fun in some stages in New Zealand, it helped him get though something which could have killed him. It changes everything that you think you are doing. »

In addition to these fantastic stories, there are also moments that have marked Liam : « crazy nights with Manu (Bennett) during different parties. I was in a convention in America where we played baseball which is cool ! We did reenactment and stuff like that. In another one, we did sword training with people… I’ve also had the most unbelievable gifts from people : drawings, someone this year made a huge blanket in honor of Andy Whitfield which was stuning and would have take a hundred hours to make. It was amazing. People have made me armors and swords and little figurines made out of different materials, like little spartacus’ riding horse. I’ve kept most of them. If I can take them home I try to. I have a box of all these amazing gifts fans have made me. »

If during autographs or photoshoots, fans can exchange a few words with actors, there is also this traditional moment during conventions : Q&A. This is the time where fans can truly ask questions to the actors. And the more actors make conventions, the more likely they are to answer the same questions : « For me, in Spartacus, it’s respectfully the right question : how was it to take over from Andy Whitfield and the answer is : sad. Because it shouldn’t be, I wish it could have been any other way. And other lighter questions are : how are the sex scenes and how was the bootcamp, the training. » And what is the question that he hopes nobody is going to ask : « I’m not telling you that (laugh) Obviously something horribly rude or disrespectful. I like Q&A probably the most because you can have crazy fun and interact with people and do silly things. Ask me anything, if I don’t want to answer I’ll find a clever way to go around and answer something else. I’ve seen some insensitive fans telling some unpleasant things about a female co star that I had. That was the only time I was like : that’s not ok, you can’t ask that question because it’s inappropriate. But generally people are really respectful and fun and silly. I’ve never had a question personally that I was like : oh, what are you doing… »

Gossip Girl: Kelly Rutherford, guest of a virtual event of Union Association
Julie and the Phantoms: Charlie Gillespie in Paris in December 2021
Shadowhunters: Jack Yang and Nicola Correia-Damude will attend the convention ‘Heroes of the Shadow World 3 At Home Edition’
One Tree Hill: 1, 2, 3 Ravens 2 convention postponed to 2022, James Lafferty reconfirmed
SKAM France : Axel Auriant and Maxence Danet-Fauvel together at the Dream It At Home 11

Shadow and Bone: where and when to meet the cast of the Netflix series?

Conventions TV Show
Julie and the Phantoms: Charlie Gillespie in Paris in December 2021