Noah Schnapp, the young Will Byers from the series Stranger Things was in Paris on Saturday, February 16th for a meeting with his French fans. More than 700 people met him thanks to People Convention and were able to enjoy, in addition to autographs, photos and meetings, a 45 minutes Q&A with the actor. And inevitably some fans wanted to know more about the next season of the Netflix series. Spoilers? Not really, but if you really don’t want to know anything about season 3, stop reading immediately!

You are still here ? Cool ! So here’s what we learned about Stranger Things Season 3 which will air on Netflix on July 4, 2019. There will likely be a lot of love in Season 3. It’s during a question about ships (the relationship between two characters) that Noah said : “In season 3, there is a lot of kissing”. Between whom? He didn’t say. However, he said that Billy Hargrove (Dacre Montgomery) will be alone during this season. He, however, hinted at a possible relationship between Steve Harrington (Joe Keery) and Robin (Maya Hawke), the new character appearing in season 3. He conclude by saying “there is a lot of romance in season 3”. 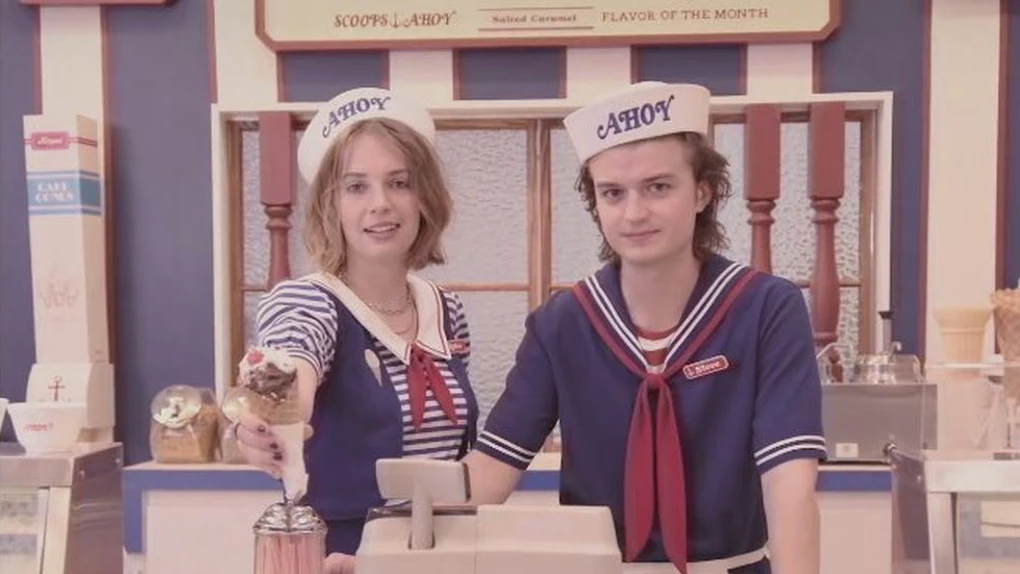 And what about Will in season 3? Noah remained very evasive “I want to tell you everything but I can’t”. He however said that the characters will face a new threat and that there is a new hang out spot this season: a mall. He also told an anecdote from shooting: “In between escalators there was a little silver thing that you slide on and me, Caleb (McLaughlin, Lucas) and Millie (Bobby Brown, Eleven) would always go down there and they didn’t like when we went down there so they put a barrier but we would climb over and go on it. Then, they put a guy there that would not let us go down. So we stopped.” he sais laughing.

A last little spoiler? Noah said his favorite episode of Season 3 was the last one: “There’s a lot going on. It’s crazy and your mind will be blowned. It’s a very good ending. I can’t wait for you guys to see.” He also specified that season 3 is his favorite season so far!

Noah Schnapp: “It was great to work with Jean Reno”

Conventions: 10 things to do when you’re stuck at home
Emilia Clarke (Game of Thrones) will be at the Dream It Fest 2 in London
The Last of Us: A series in development for HBO
Lucifer: Tom Ellis signs up for a potential season 6
Stranger Things: Netflix confirms the return of a character with the first teaser of season 4