January 13, 2018: Roster Con “convention” year begins. And it starts pretty well with the 4th edition of the Harry Potter Convention organized by People Convention. And New year means new format: bye bye “detailed review”, hello “slide show”. We tried to emphasis on the convention itself: less blah, more content! We’re counting on you to tell us if you like it better that way! And now, let’s go ‘Welcome To The Magic School 4’! 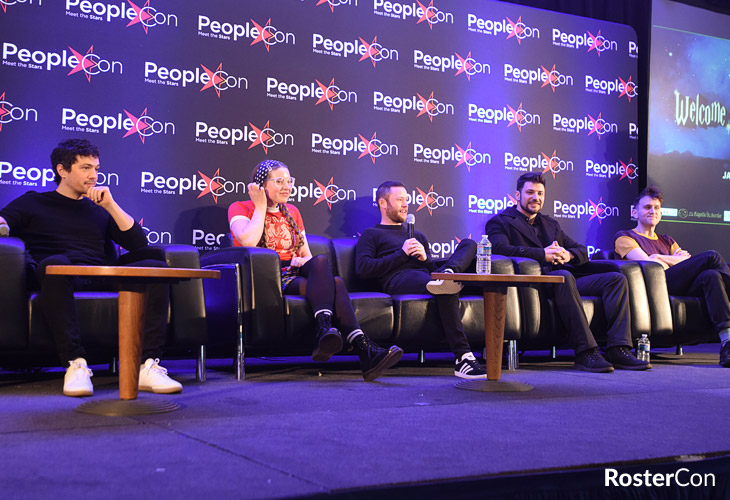 I declare the convention: open!

As planned on the program, the convention started at 10am. All actors come to say a quick hello to the fans. The convention is official starting. 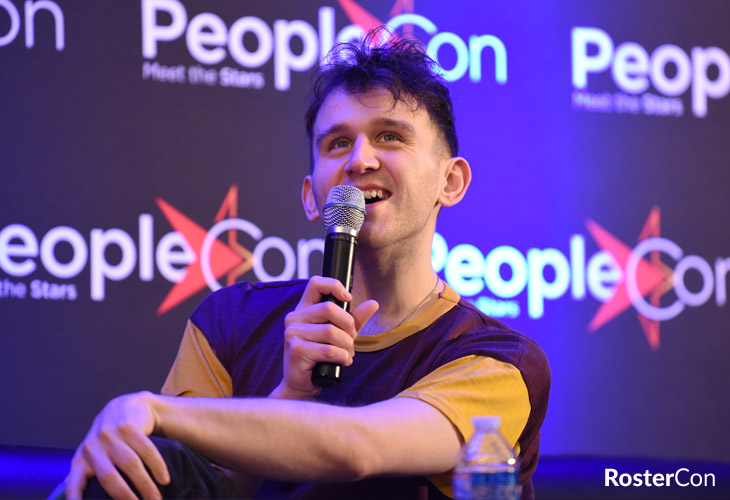 Only Harry Meeling (Dudley Dursley) in staying on stage to answer fans' questions during a little more than half an hour. 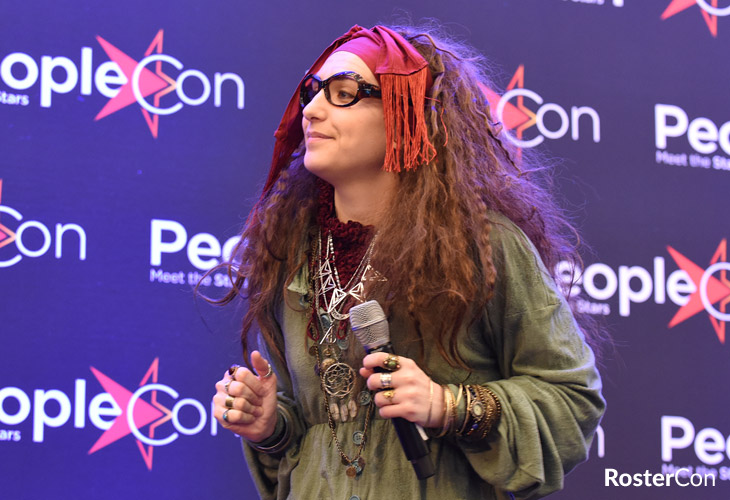 Activities are happening in the Q&A room thanks to the great Professor "Clemi" Trelawney. We even predict amazing games! 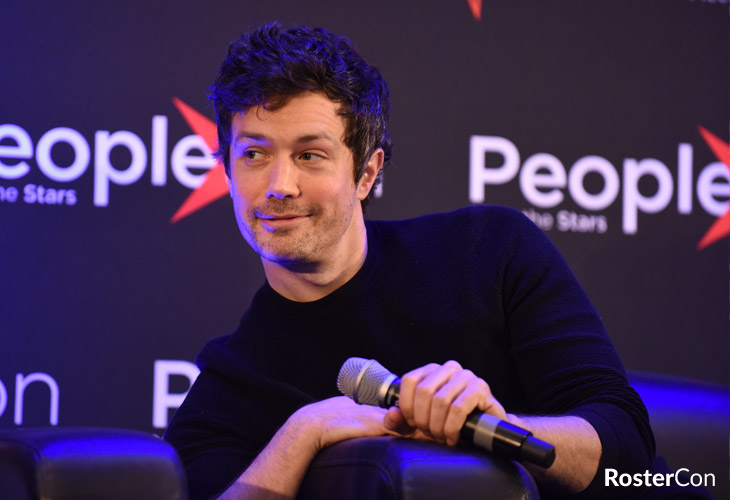 The afternoon begins with the Q&A of Christian Coulson (Tom Riddle). 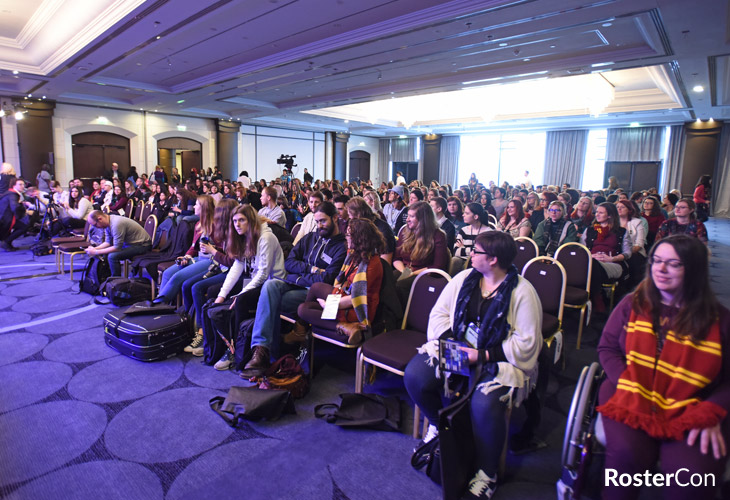 The Great Hall is listening

Under the spell of Christian, fans listen carefully in order to know what's happening next. Do you see yourself in the picture? 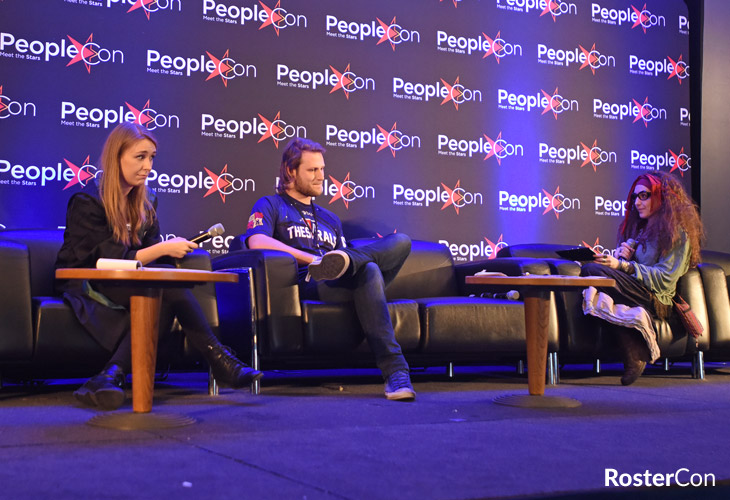 Games are held on stage and attention is required: in this game you had to remember the 10 answers to the 10 questions asked by the Professor. Once she asked everything you give the 10 answers. Snorting hat to the participants! 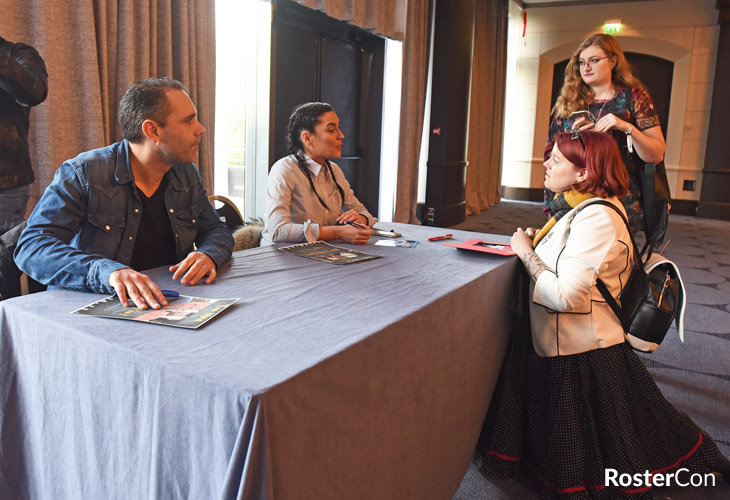 Mimi and Oliver are brother and sister! 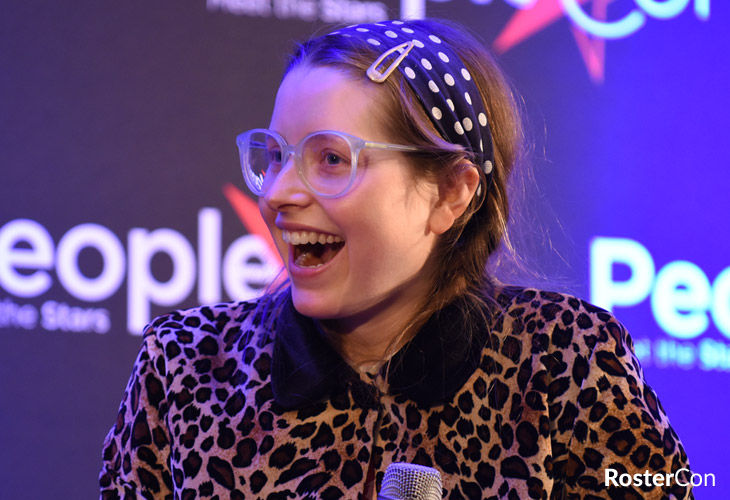 While the french voiceover actors continue to sign autographs, Jessie Cave (Lavender Brown) comes on stage for her Q&A. Contest: Count the number of colors on her outfit. We are waiting for your answers! 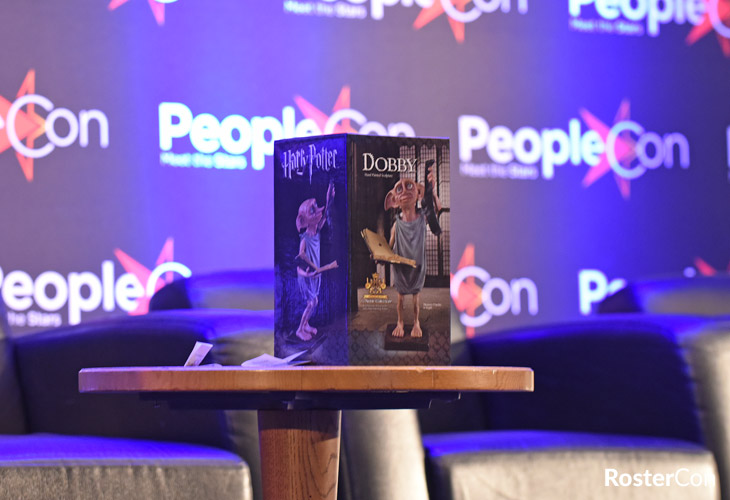 Who wants to welcome Dobby?

It's time for raffle draw. Three goodies were given by 'Le Reliquaire' store including this very nice statuette of Dobby who desperately seeks his freedom. 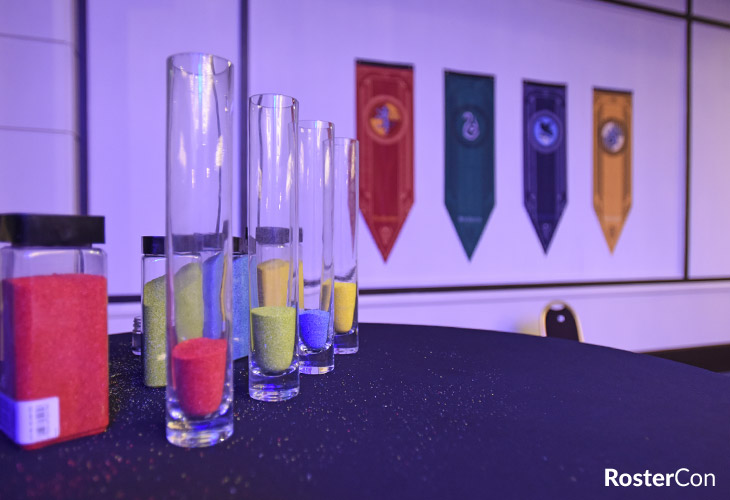 Games continue to take place on stage with very good prizes to win: autographs, meeting-room, necklaces ... Whenever a good answer is given, the winner announces the name of his house and points are added in the corresponding vase. At the end of the weekend, we will know the winning house of this 4th edition of the convention! 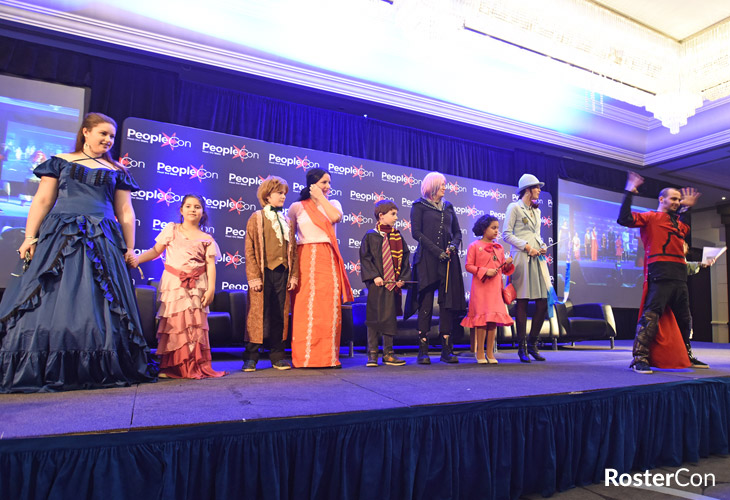 Saturday's day ends with the cosplay contest. All are on stage and three winners are chosen by both the public and the jury. The results: Ron and Padma Patil in 3rd place, Viktor Krum in 2nd and the big winner: Helena Ravenclaw (yes, she was there)! Congrats! 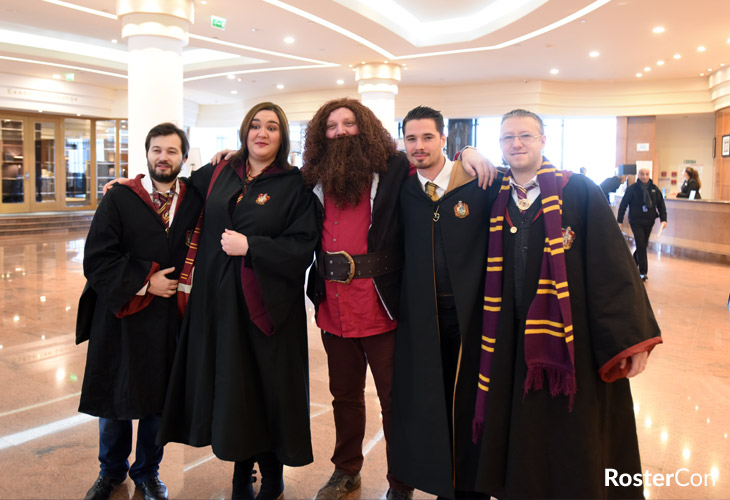 Hagrid and his friends

Pretty nice cosplayers meet in the lobby of the hotel waiting for the beginning of the convention. Having no pass, Hagrid spent his Sunday in the hall of the hotel... he was probably keeping the car keys... 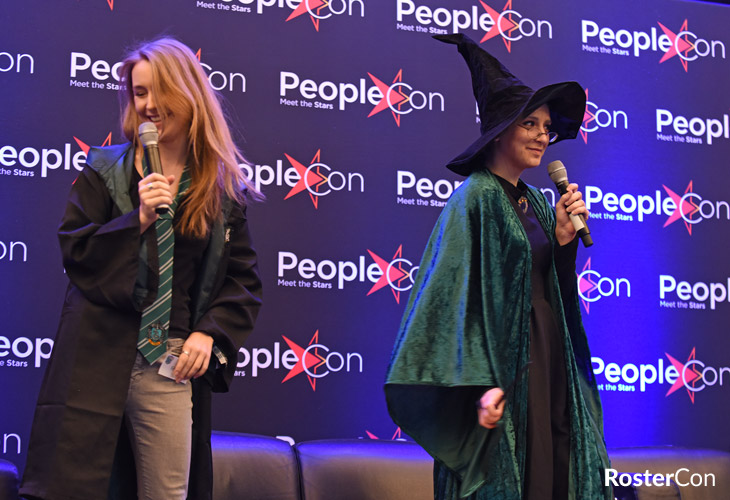 Everything can happen in Hogwarts. Professor Trelawney is indeed Minerva McGonagall ... and worse, she had an affair with Seamus Finnigan (check the Q&A of Devon Murray). Yuck! 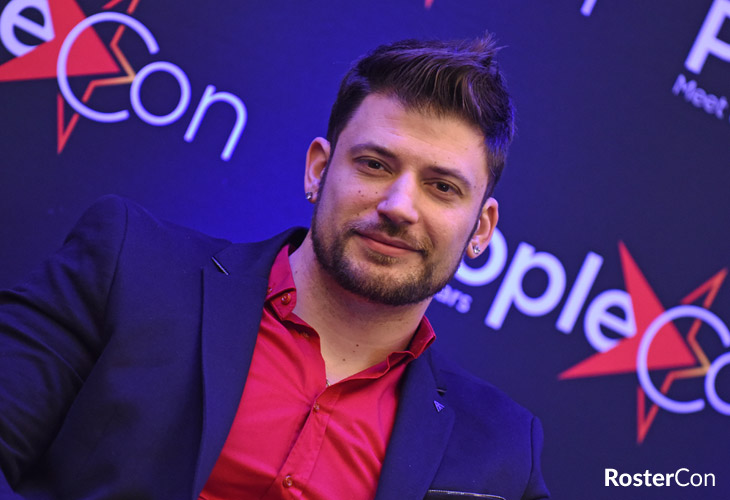 We're starting the day with the Q&A of Stan Yanevski (Viktor Krum). 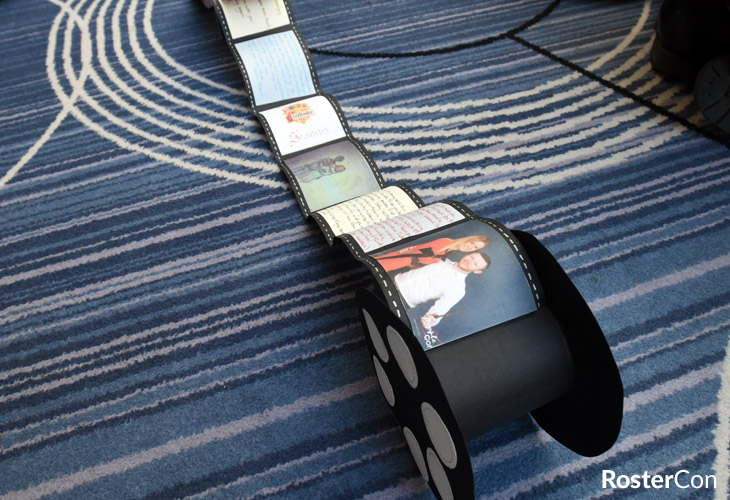 Between bites of sandwich, the last details of the fanbooks are made at lunchtime especially on the one for Devon Murray (in a film shape). We thought it was very original and very well made! We put you an O! 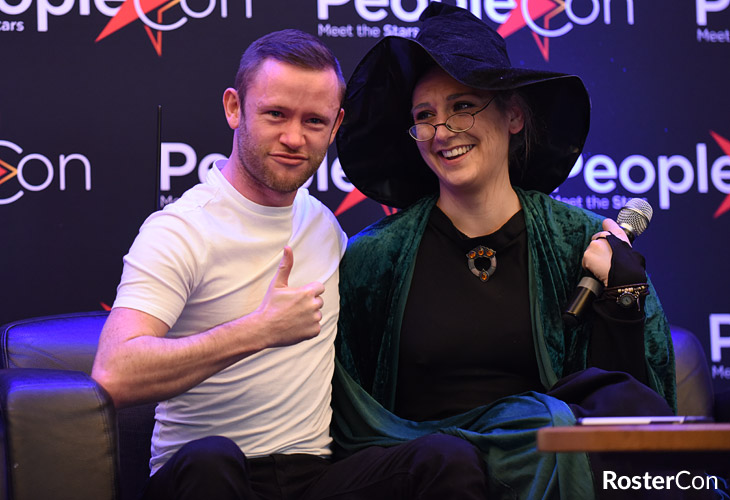 The afternoon begins with the Q&A of Devon Murray (Seamus Finnigan). And we laughed so much! The actor even cried laughing on stage. We let you discover why in the Q&A report. 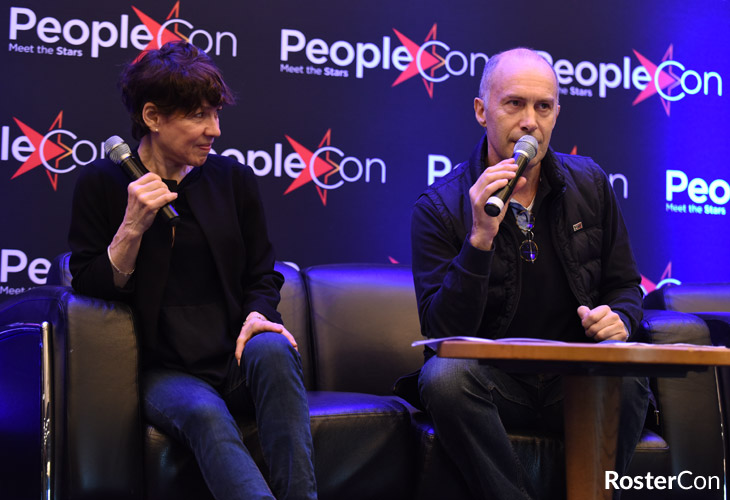 Dolores and Lucius in french

After Devon, a Q&A with the french voices of the actors from Harry Potter is held. Much nicer than their characters, Solange Boulanger (Dolores Umbridge) and Jérôme Keen (Lucius Malfoy) read a few sentences with their character's voice and it was very impressive and very successful! 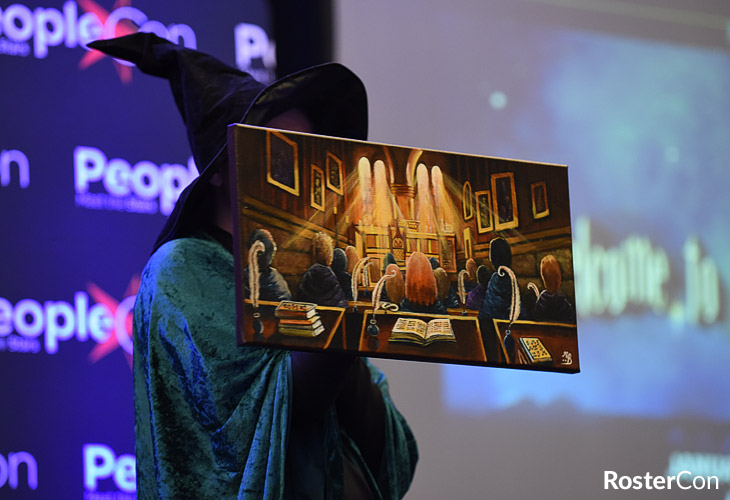 An auction is held to sell exclusive pictures of the actors taken by one of People Con's photographer, the banner of the event and this beautiful painting (without McGonagall) painted few years ago by the grandmother of Brice, the director of the organizer. It was sell for 60 euros. A very good deal for the winner! 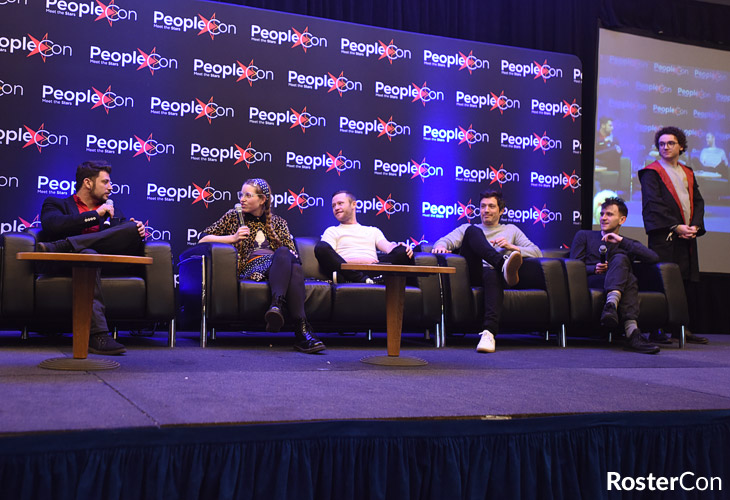 The day continues with the group Q&A. It's always a very nice moment where we can see the interaction and the exchanges between the actors. 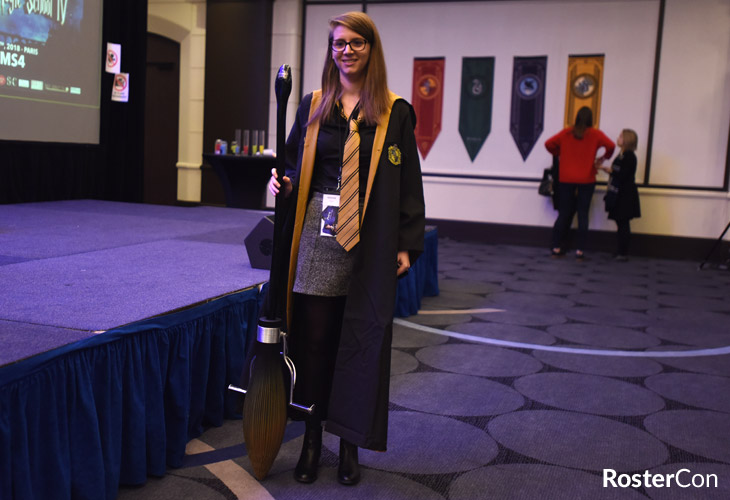 All weekend, if you bought for 50 euros at the 'Le Reliquaire' stand, you got a raffle ticket. To win today, a Nimbus! Congratulations to the winner. It remains to be seen whether she has returned home ont the nimbus or by train ... someone has news? 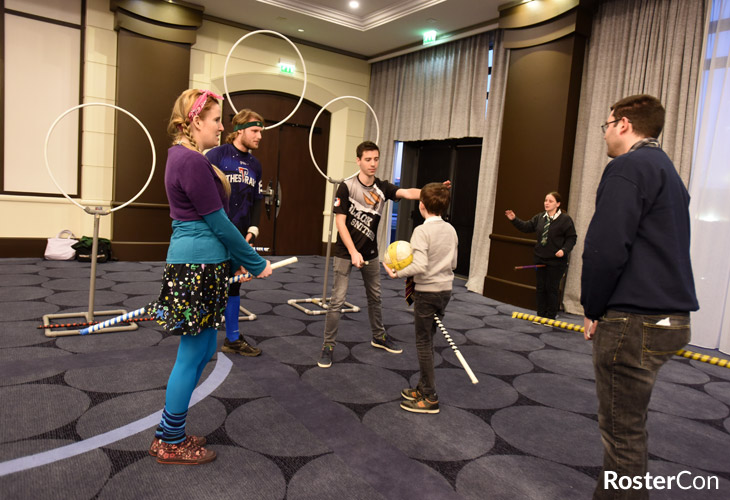 Wanted: a snitch in Roissy

Our day ends with a Quidditch class. In addition to explanations, there was also a demonstration in the back of the room. After that, we had to leave the convention not to miss our train. We looked for Platform 9 3/4 in 'Gare de l'Est' but we didn't find it. SNCF is really not what it used to be...

For all the Q&A pictures, you can go on the page of convention : Welcome To The Magic School 4

A big thank you to People Convention, who, again, organized a great convention! During the closing ceremony, they announced a 5th edition with already two guests : Afshan Azad (Padma Patil) and Benedict Clarke (Severus Rogue as a child). See you soon poterheads !

Conventions Movies
Stanislav Yanevski (Viktor Krum): Quidditch, Hermione… A look back on his panel during the #WTTMS4

A few days after announcing Michael Vlamis and Phoebe Tonkin, the french…