Julie Caitlin Brown : “Most of the fans appreciate my efforts to help deliver a quality event” 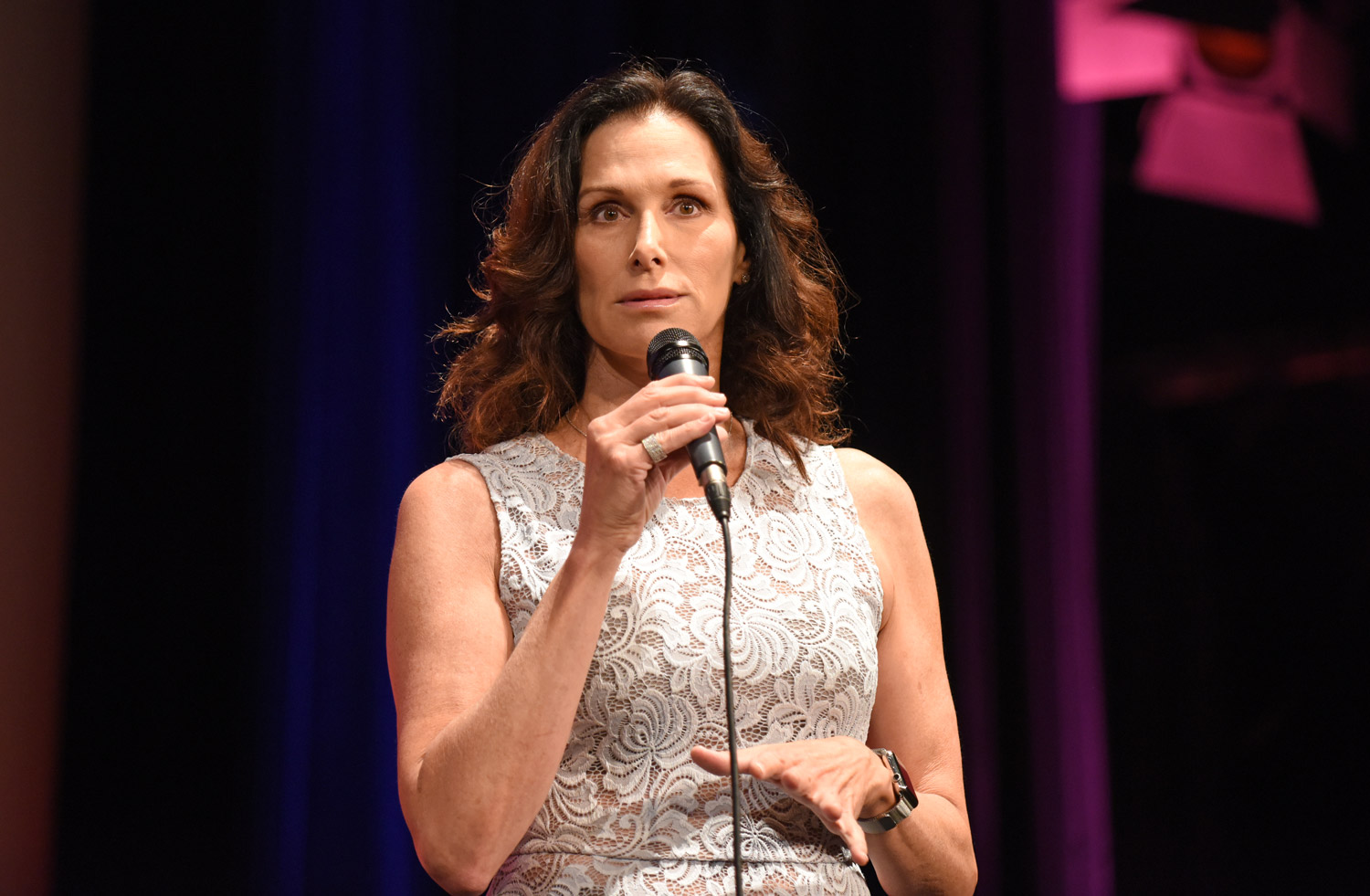 Julie Caitlin Brown, best known for her role in Babylon 5, is also a manager for many Once Upon A Time or Supernatural actors. If you’re a regular to conventions of these two TV Shows, you have certainly seen her. She nicely accepted to answer our questions about her work during these events. Let’s learn more about the “behind the scenes”.

We know you as an actress, a singer but how did you became a manager ?

When I was in my early 20’s I worked at a Booking Agency for music.  Because I had connections in the music and comedy industry I began managing and booking rock bands and comics in the San Francisco and greater Northern California area. When I was on Television as an actress for Babylon 5, Star Trek, Sliders, and Deep Space Nine, I was invited to the conventions to appear. It was in 1997 that I decide to represent myself and 3 friends from Babylon 5, that was 20 years ago and it just keeps growing!

How do you choose the conventions your actors go to ?

I work with over 200 events around the world, many times it is trial and error.  We always support new conventions, but there is no way to make sure that the event will really happen, so many things can go wrong before and during a first time event.  So we usually work with shows that have a strong reputation and even then, it is not always a guarantee that you will have a good event.

In conventions, can you explain in details what your role is ?

I am at the convention to make sure that my clients and the promoter fulfill their contractual obligations to each other and that the fans are given what they paid for in as safe, fun, and comfortable way as possible. This means different things at different events depending on the talent, the style of the convention, and how experienced the promoter and the fans are. If it is a new show, with new talent, and new fans, then I am usually doing more than at an experienced convention.

How are the reactions of fans toward you during conventions ?

Well that depends on whether or not I am having to manage the actors in front of the fans or not. Over the years I have had some fans think that I am too strict and too tough.  In the early years I was.  Now I really try to keep the energy more fun, but if someone is doing something they shouldn’t be doing, yes, I might just have to say something about that. Most of the fans appreciate my efforts to help deliver a quality event, but you can’t please all of the people all of the time.

You came few times in France for conventions, what memories do you keep from those times ?

I have been doing conventions in France for 25 years.  For Babylon 5 and Star Trek, but then for Stargate as a manager, Buffy, and now Once Upon a Time and Supernatural.  I have so many wonderful memories of France and always enjoy my time there.

Lana Parrilla, is probably the most popular actress from Once Upon A Time and has, in every convention, a lot of autographs and photoshoots to do. How do you manage the situation when it lacks time ?

We try to work with the Promoter to not over schedule the talent. This does happen, unfortunately, or if a few of the fans decide that THEIR story, THEIR problem is more important than the rest of the fans and they disregard the rules, well, then the schedule has to change.  We want everyone to have a great moment with all of our actors, so it really is important that the Promoter does not over book the number of actors for the amount of time they have for each day, and that the actors are on time and help us stay on schedule, and that the fans respect the great cost and risk that the Promoter takes to bring them their favorite stars. If the conventions can’t make money, they cannot exist.

Sometimes, you have to be very strict in order to maintain the rhythm, in order to finish in time. Is it difficult for you to be “the bad guy” ?

Not at all!  I see myself as the “Good Guy” who cares enough to attend these events not just send my talent without representation.  When I have to organize a photo op session or an autograph session it is usually the first time I have worked with an event. If I have to move the line faster it is only for two reasons, people are talking too much and not being aware of all the other fans waiting, OR, the promoter has not stayed on schedule and we are trying to catch up.  Not always the promoters’ fault, sometimes the actors are late.

Are there differences, according to you, between countries in term of convention’s organization or fans behavior ?

There are always cultural differences, this is the way of the world.  There can be a bias against women, their can be a problem with language and customs, there can be socio-economic issues that must be considered.  I take into account all of these things when I am negotiating a contract.

And last question, conventions, is it something you would have like to do, as a fan, before you were famous ? For what TV show ?

I was always a fan of science fiction, but when I was younger there really were only a few conventions and we didn’t have a lot of money growing up. So the first convention I attended was the one I was invited to as an actress!