Riverdale: where are the tattoos of the Southside Serpents? 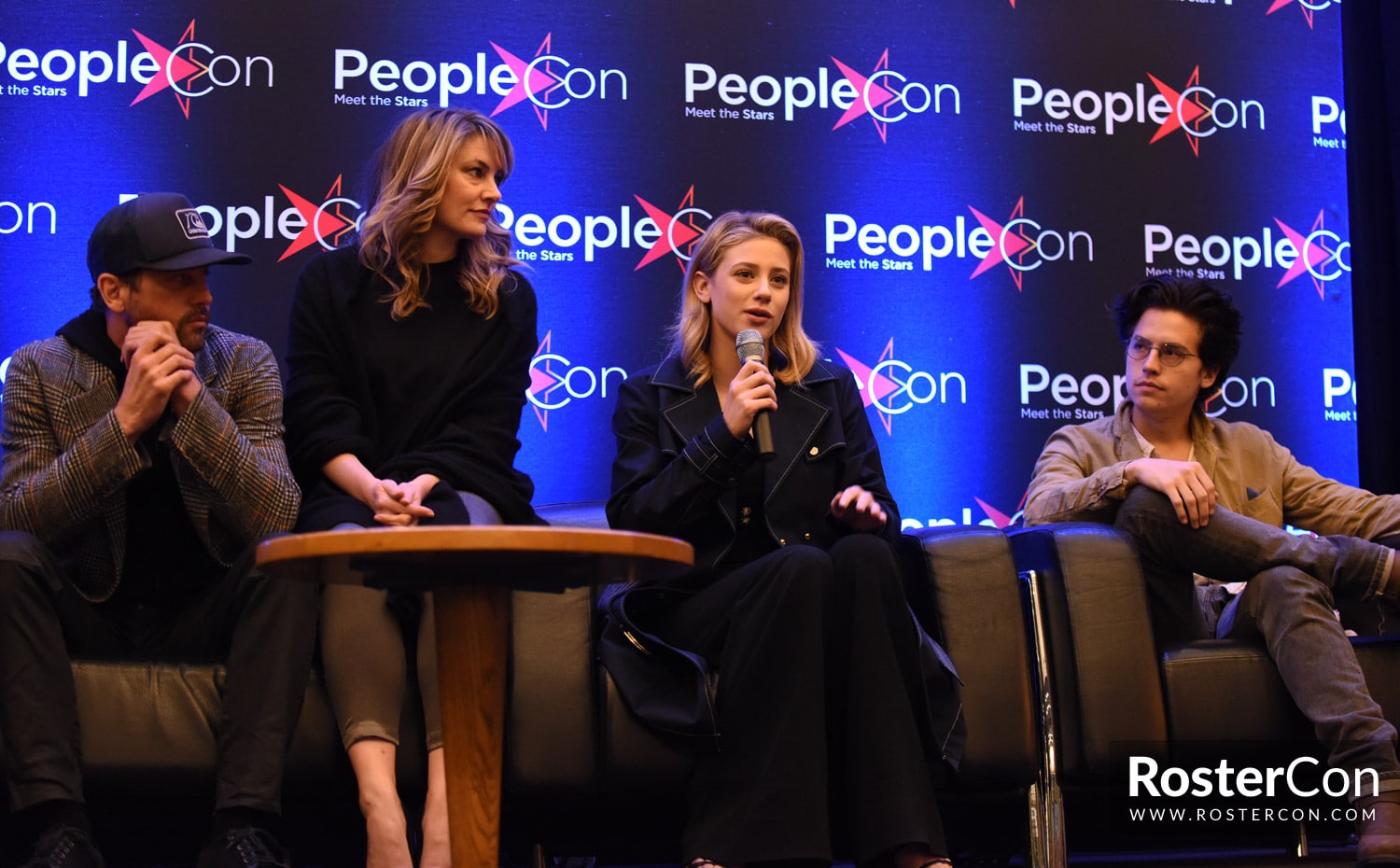 Several Southside Serpents – or maybe soon Southside Serpents – from the Riverdale series were in Paris this weekend for the Rivercon Convention organized by People Convention. Mädchen Amick, Skeet Ulrich, Vanessa Morgan and Lili Reinhart have revealed where they would like the tattoo of their character to be. The answer in the article.

“I know where I want mine to be but we haven’t put it there yet. It’s going to be on my chest. I have a scare in the middle of my chest so I want to have the snake wrapped around it.”  Moments earlier, Mädchen asked Skeet to show the public his snake tattoo. Skeet got up and pretended to get off his pants. We did not ask for so much!

“Obviously Alice’s tattoo is some place we haven’ seen yet… Let your imagination decide.” Mädchen Amick answered this question during the panel with Lochlyn Munro (Hal Cooper), Skeet Ulrich and Marisol Nichols (Hermione Lodge). The two actors took the opportunity to tease Mädchen by telling her that two people have seen her tattoo (Hal Cooper and FP Jones, their characters and respectively the husband and ex of Alice). Or as Lochlyn explains: “at least two people …” It made the fans in the room laugh.

“On the last day of filming, I was like ‘can I have a serpent tattoo’ and I decided that Toni’s serpent tattoo, which I hope we’ll see maybe next season, could be right on my side (she points to her ribs). It would look cute. When she wears a tank top, we could see it… maybe in a Cheryl and Toni scene we could see it…”

“I think Betty would probably get it somewhere discret. Probably not on her arm. I don’t know… I think maybe on her ankle” The question now is : does Betty will have one someday …

#THUG: inside the Money Heist convention
Michelangelo Fortuzzi (Druck), new guest of the Everything is Love 5 convention
Money Heist: Ultim Events will organize a second edition of The Hold Up Gang convention
[Interview] Itziar Ituño talks about the end of Money Heist
Pretty Little Liars: Huw Collins, second guest of the convention ‘Let’s Hang with -A Paris edition’

TV Show
Berlin alive in the spin-off of Money Heist?