Born on July 1, 1982, Hilarie Burton is originally from the state of Virginia in the United States. After her studies, she left her native state to settle in New York and join Fordham University. She quickly became a TV host for MTV, but it was in 2003 that her role as Peyton Sawyer in One Tree Hill made her famous all over the world. She played this role during the first 6 seasons of the series.

In parallel, she also participated in several movies (The List, Normal Adolescent Behavior ou Solstice) then, in 2010, she came back on TV with a recurring role in White Collar (Sara Ellis). She was also in a few episodes of Grey’s Anatomy, season 9 (Doctor Lauren Boswell), in the season 1 of Hostages (Samantha) and, more recently in the seasons 1 and 2 of Lethal Weapon (Karen Plamer). In 2021, she will appear in an episode of The Walking Dead. She will play the role of Negan’s (Jeffrey Dean Morgan) wife, Lucille.

Hilarie Burton Morgan also did many short films related to Christmas: Naughty Or Nice, Christmas on the Bayou, Summer Villa or even The Christmas Contract.

She is married to actor Jeffrey Dean Morgan with whom she has two children. 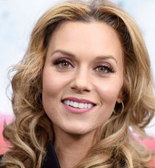 Address for an autograph *

* We don't guarantee that the address indicated is always valid, nor that the actor or actress will respond to your request

How to meet Hilarie Burton?

No upcoming events with Hilarie Burton
All events

One Tree Hill: Chad Michael Murray and Hilarie Burton together in Paris in May 2020 2

One Tree Hill : the cast members aren’t working on a project related to the show

One Tree Hill : Some actors are working on a secret project