The Happy Ending Convention 2 : a look back on the Once Upon A Time convention

On May 5 and 6, the actors of the Once Upon a Time series were at the Hilton Charles de Gaulle in Paris thanks to People Convention. Fans were able to talk to Lana Parrilla, Barbara Hershey, Robert Carlyle, Emilie De Ravin, Andrew West, Jared Gilmore, Rebecca Mader and Sean Maguire. Lets take a look in photos on the two days of the event. 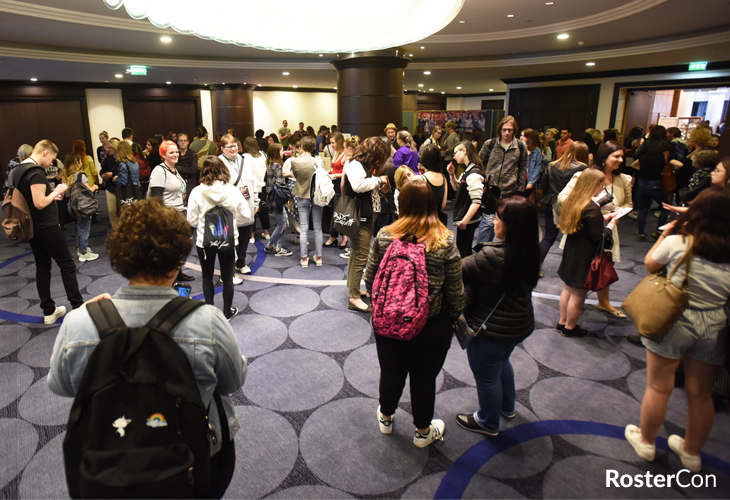 Our arrival at the Hilton Hotel

Bracelet on our wrist? Check! Pass around our neck? Check! The fans are patiently waiting for the doors to open to discover their seat in the Q&A room. 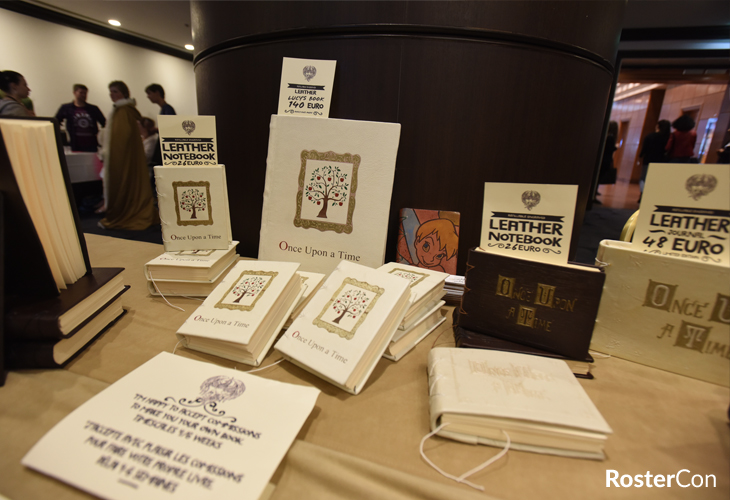 Very good Once Upon A Time merchandise

It was possible to buy many products including beautiful bookmarks or notebooks about Once upon a time. It was a huge success for the designer, everything was sold! 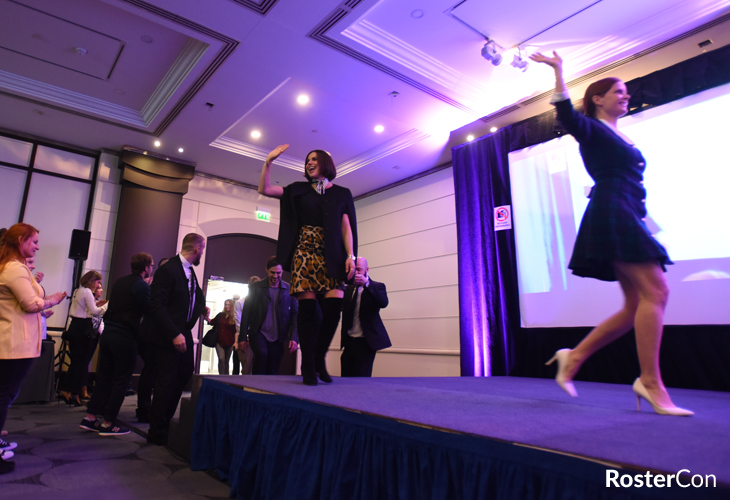 After the explanation of the course of the weekend and a quick recall of the rules, the actors came to greet for the first time the 700 fans who came at the event. 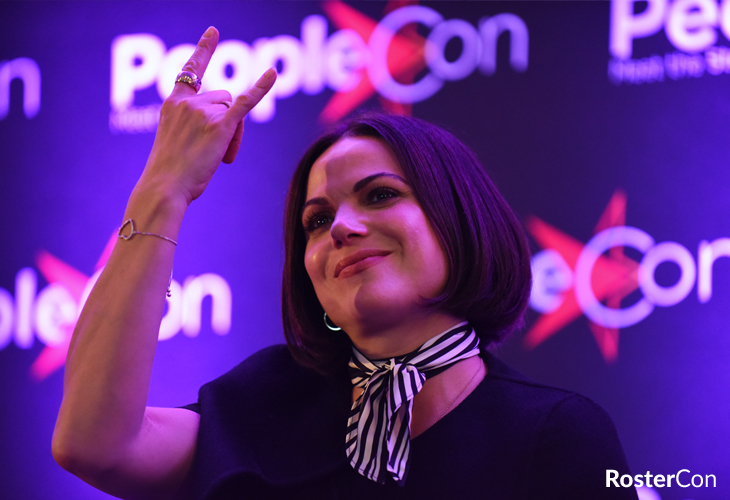 The first panel of the day happenned with the headliner of the convention: Lana Parrilla. Always friendly and lovely, she answered with sincerity and humor to questions from people in the room for half an hour.
> Soon, a summary of the panel 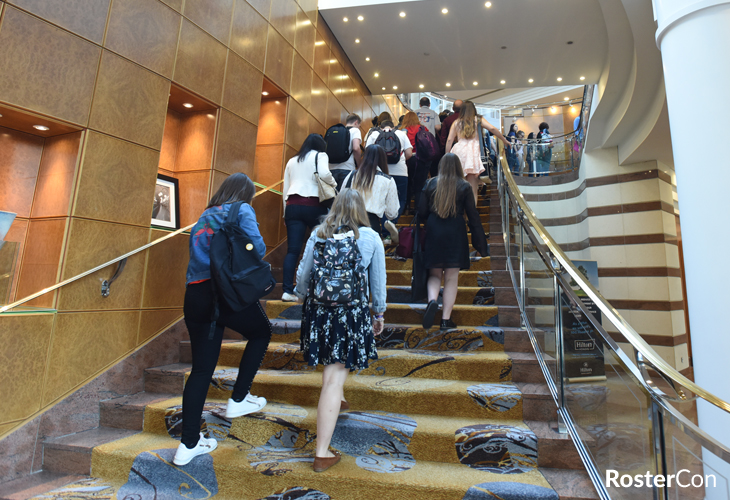 Go to the extras !

Whether for photoshoots or for a meet and greet, fans went up to the first floor of the Hilton Hotel to spend a special moment with their favorite actors. 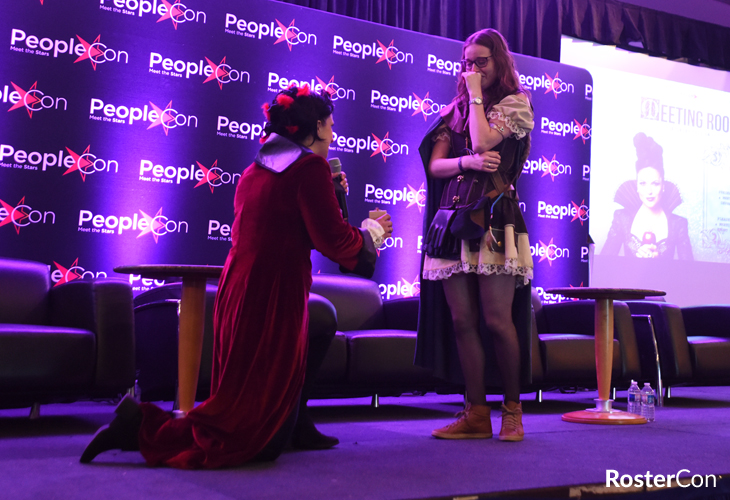 In the middle of the cosplay contest, a couple who had met at the previous edition of the convention got engaged! Big surprise and big emotion for them and for all of us. Congratulations! 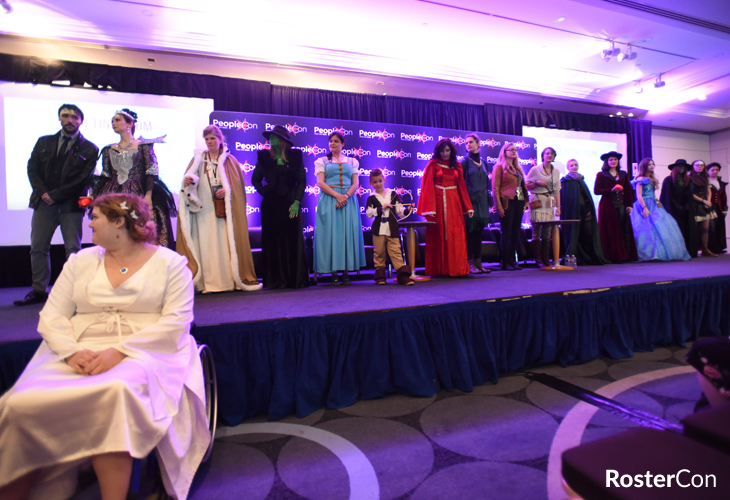 Many participants walked through the stage to show their costumes. The newly engaged couple logically won. 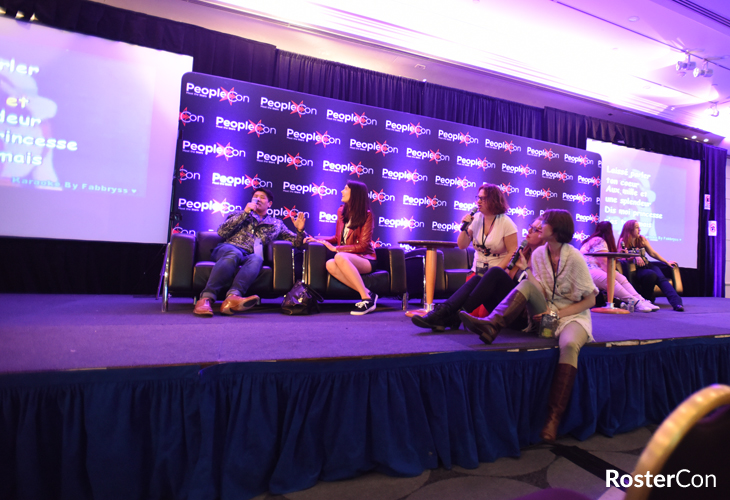 One animation after another

It was the moment of karaoke. Karaoke: individual or group entertainment consisting of singing on pre-recorded music. Or more commonly: a time that can usually be not loved by the hears of the people in the room. How wicked are we... ^^ 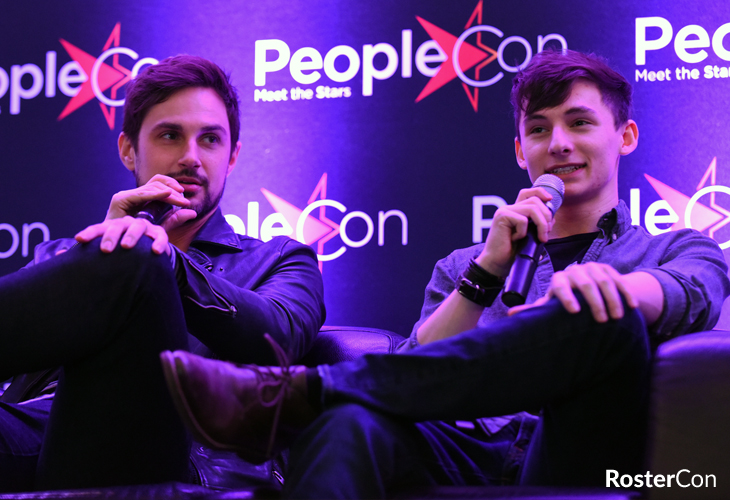 Both our Henry (Jared Gilmore and Andrew West) were together on stage for a Q&A.
> Soon, a summary of the panel 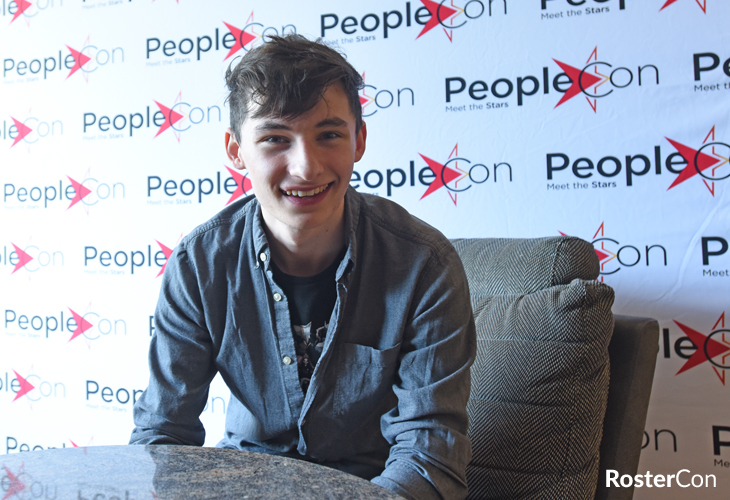 An interview with Jared

We left the big room in order to join Jared Gilmore for an interview. We chat with him about conventions and played a little game. Soon on our website! 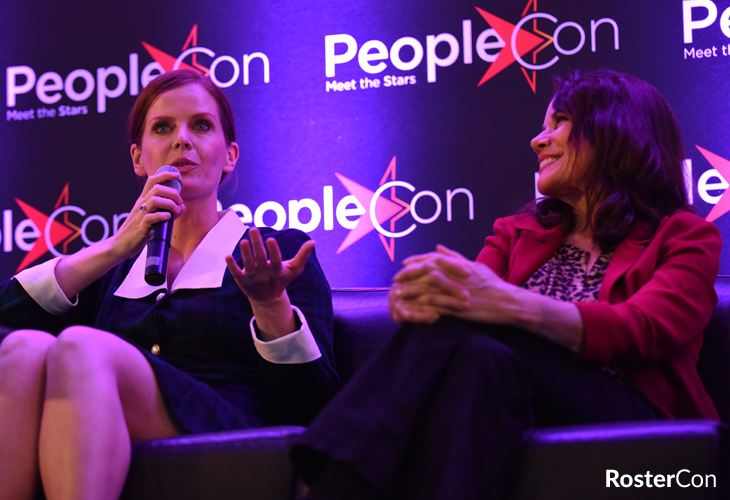 For the last panel of the day, Sean Maguire, Rebecca Mader and Barbara Hershey were on stage to talk with their fans.
> Soon, a summary of the panel 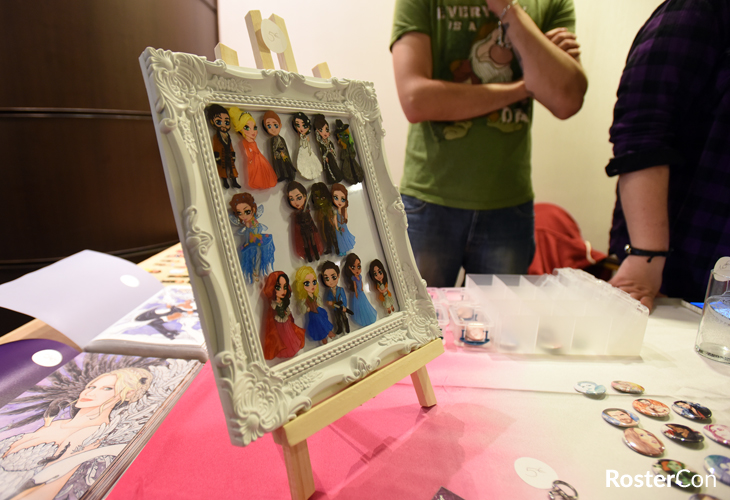 We're starting our sunday with a look around the stands. Nice little things right ? 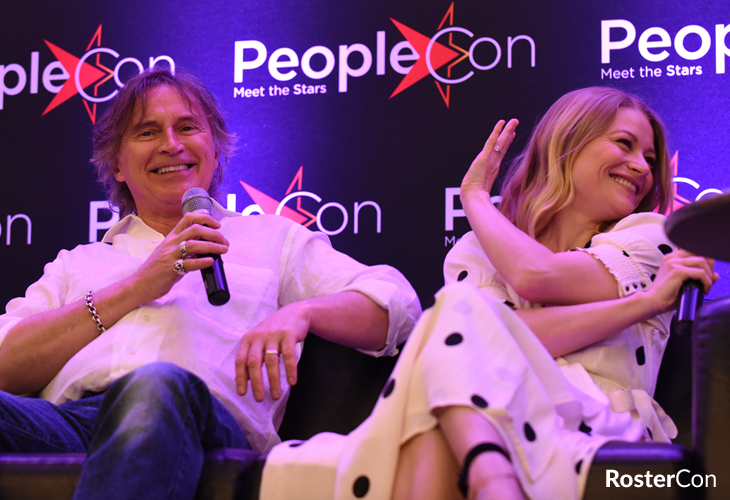 Emilie and Robert are here!

The two inseparable were present only Sunday at the event and were together on stage for a panel.
> Soon, a summary of the panel 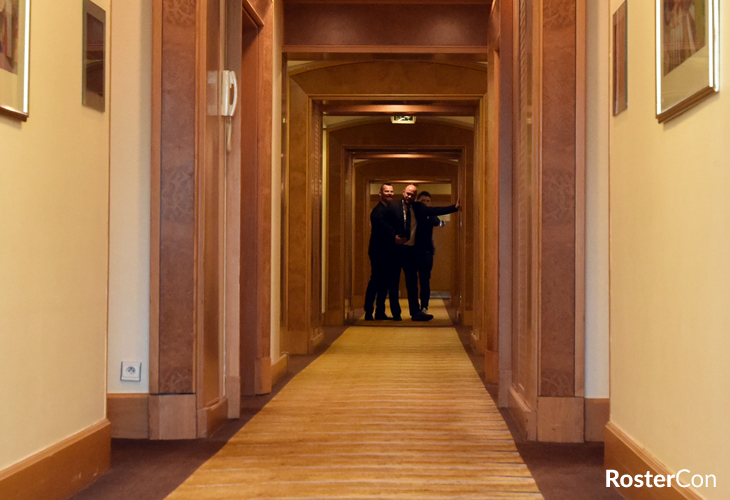 While we were doing light tests in preparation for our next interviews, the bodyguards of the actors take the opportunity to pose at the end of the corridor. How much is the photoshoot?

We talked a few minutes with Sean about the musical career he had when younger. Do you remember "Good Day"? We do! Interview coming soon on the site. 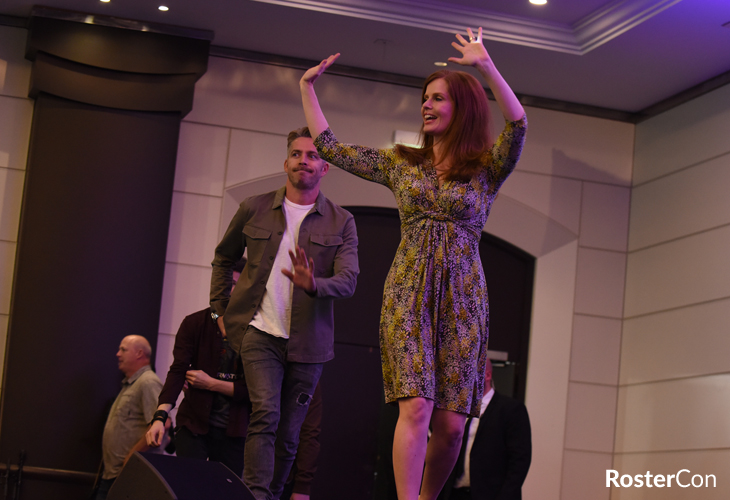 A Q&A with Barbara, Rebecca, Sean, Jared and Andrew

We laughed so much! The actors (and especially Sean) were on fire!
> Soon, a summary of the panel 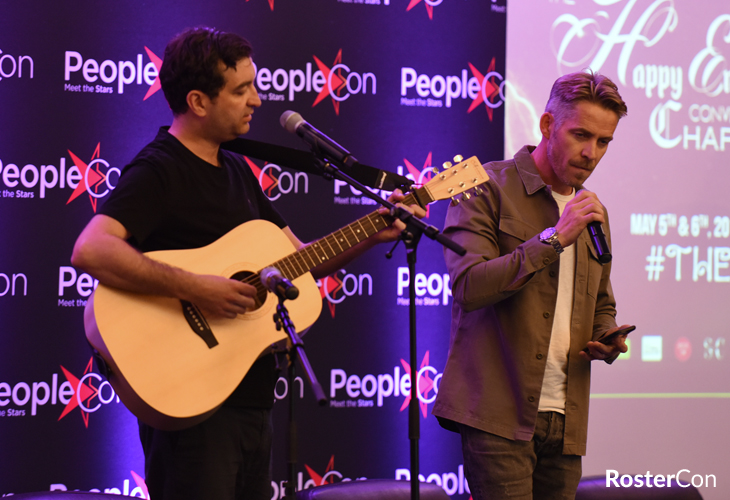 Quick concert of Sean and Ultan

Sean sang with his friend Ultan on the stage of the convention. We love when actors sing, don't you ? 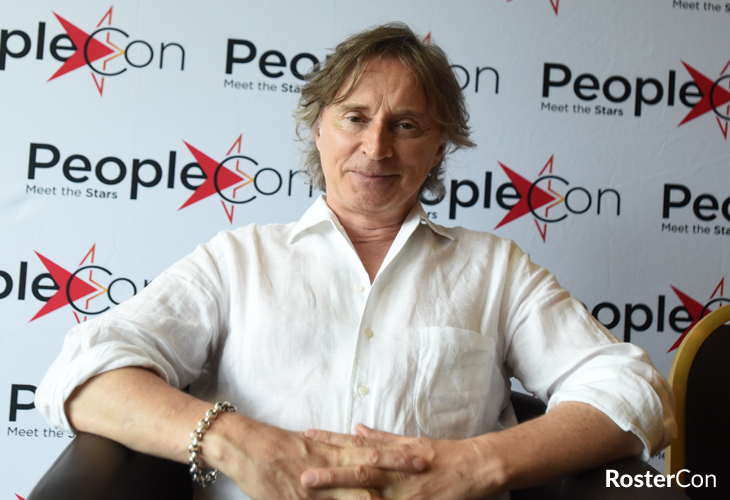 The actor talk with us for a few minutes about the end of Once Upon A Time Interview to read here. 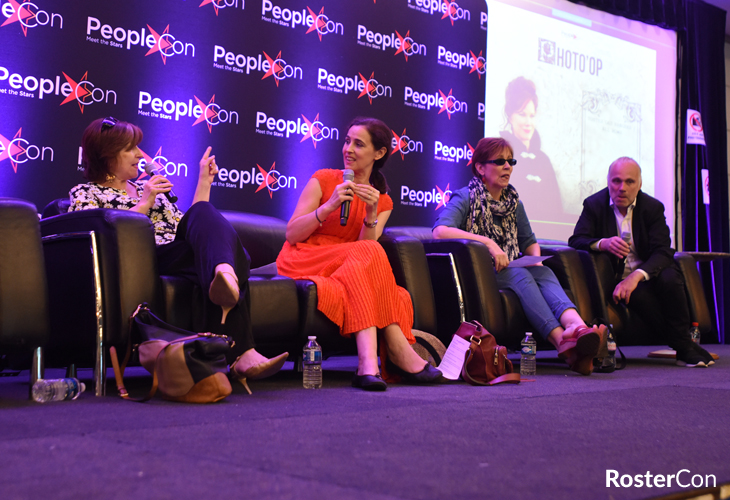 4 french voice actors were at the convention on sunday. We only heard them for a few minutes, but we have no doubt that the panel was very interesting to listen to! 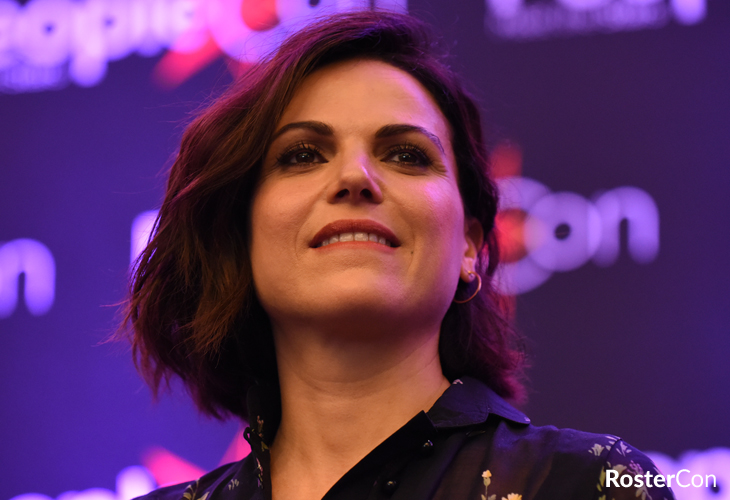 Lana "queen of the Q&A" Parrilla

Between her omissions of the translation, her furniture remodeling, her walks on stage ... it was difficult not to laugh during this half hour with the star of the series Once Upon A Time.
> Soon, a summary of the panel 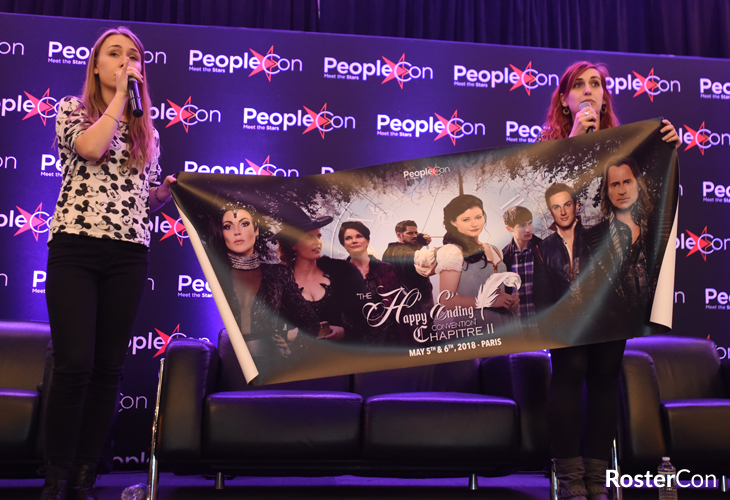 The banner in auction

As usual, the banner was auctioned. And contrary to the wishes of little Sacha (and luckily for his mom) it was sold for less than 1 million euros. 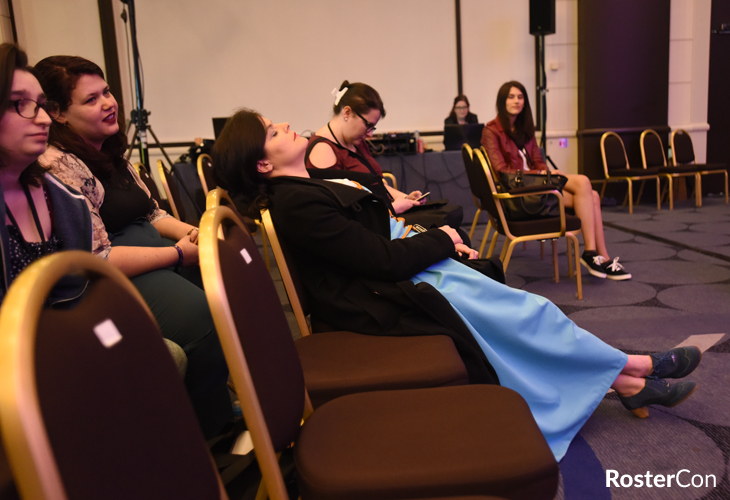 Robert!! Urgent call for Robert Carlyle. Robert is asked in the room to wake Belle up!! Yes, we mixed the Disney, but it was so tempting. And also so tempting to take this picture. Please, don't blame us ... <3 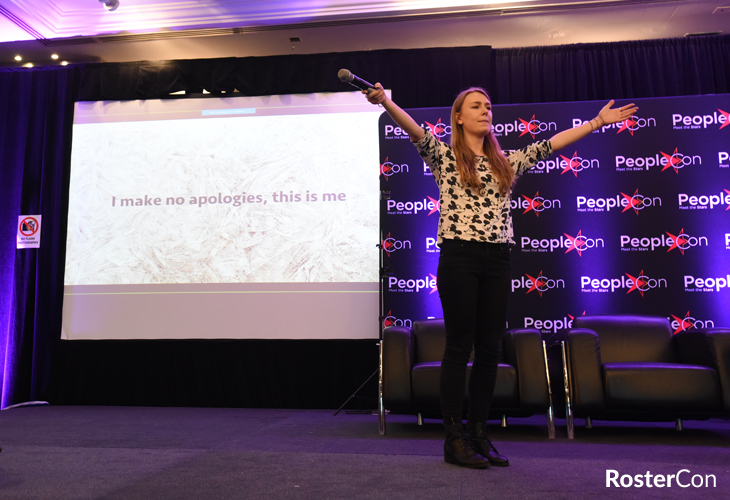 We repeat the song!

Fanny, the translator/host of the event gave everything to make the surprise of the closing ceremony successful. 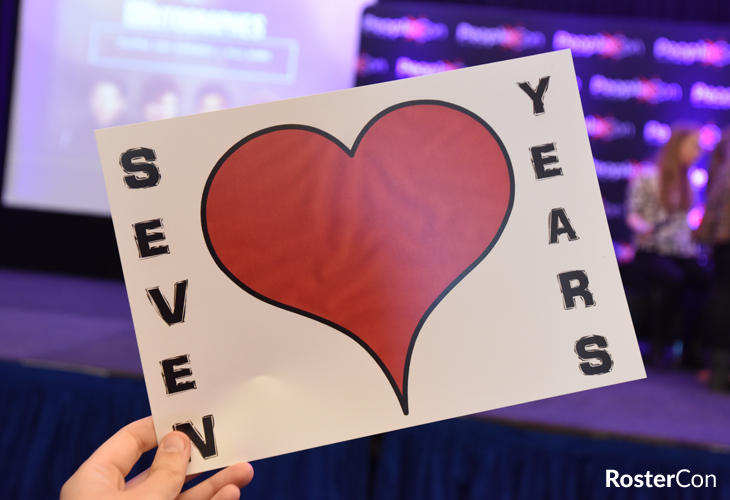 Papers are placed on all the seats of the convention for the closing ceremony. In addition to the song, fans will hold these pieces of paper to thank the actors for these 7 years of Once Upon A Time. 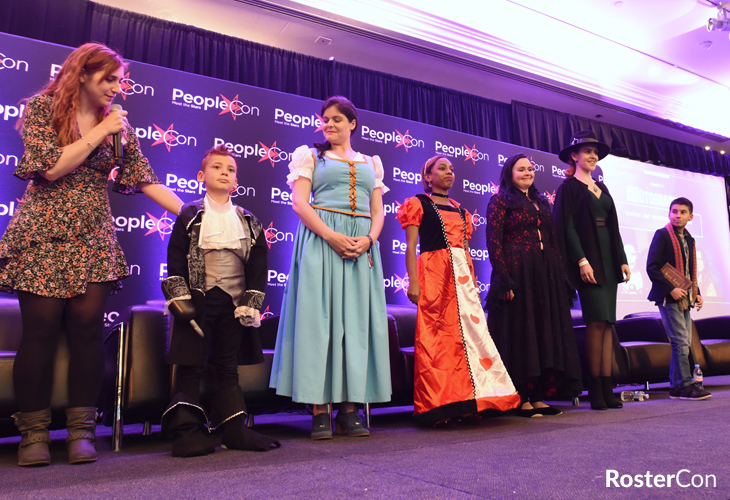 Second cosplay session of the weekend with costumes just as beautiful! Belle and Zelena won the contest. 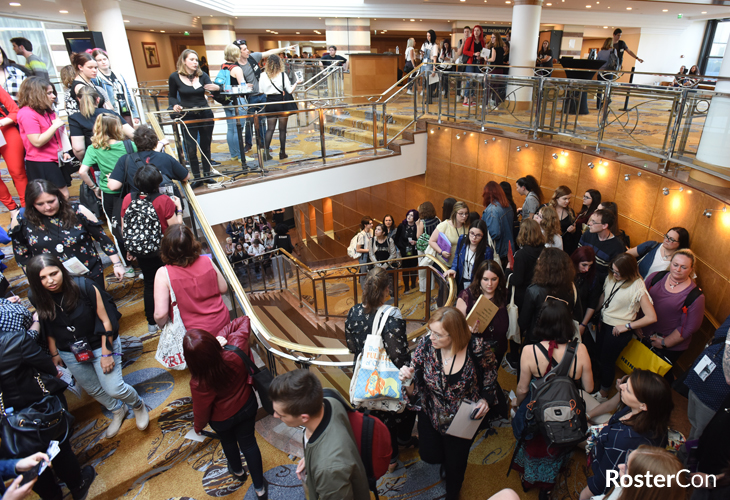 This is THE moment when (practically) everyone goes and it's visually quite impressive to see people waiting for a last face to face with the actors. 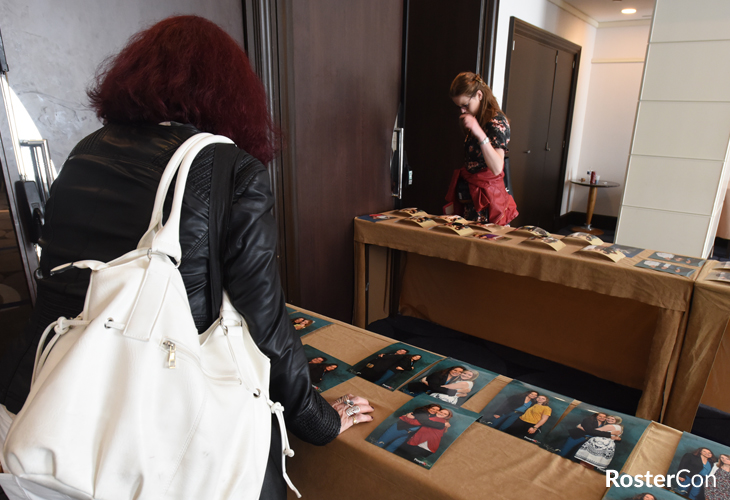 It would be stupid to forget them! Recover photos, looking at the poses of others and wondering where to hang them at home ... 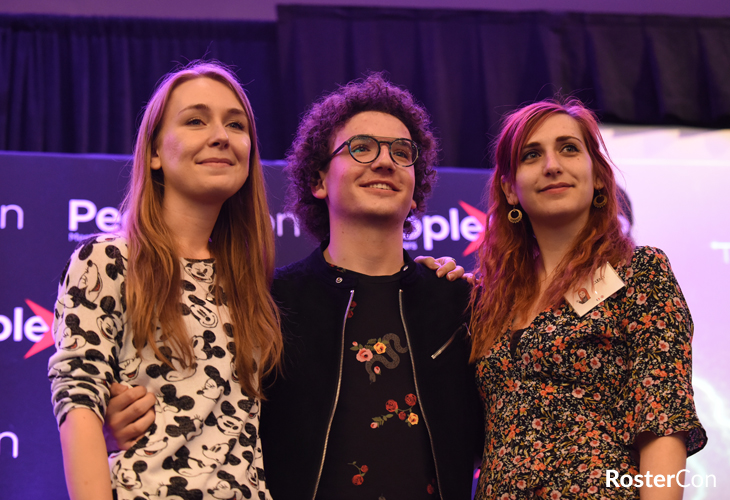 Fanny, Maxence and Clemy were on stage all weekend and they did a great job. Congratulations to them! 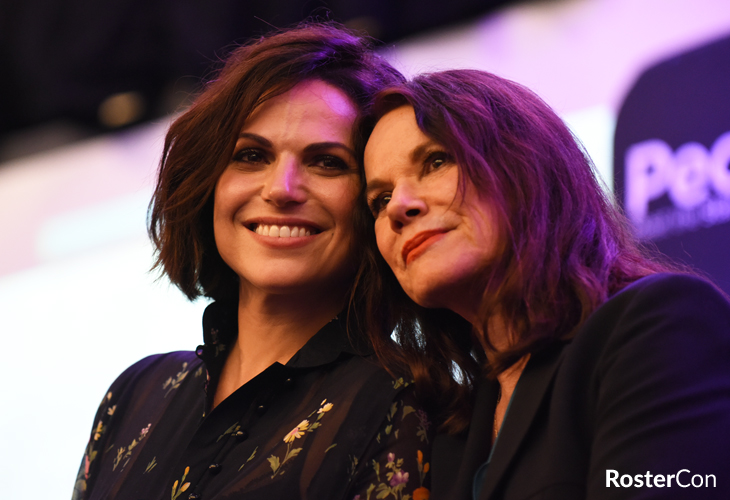 Song, tifo, thanks from Lana and that's it... until next year! Because yes, People Convention announced that a 3rd edition was going to take place! More info very soon.

Just like always with People Convention, it was a great week-end for our team. Thanks to Brice, Vanessa, Margaux and Marion for their welcome and see you for the 3rd edition of their convention dedicated to Once Upon A Time!