Elliot Knight : “Without conventions, we could not know just how Once Upon A Time has an impact on people” 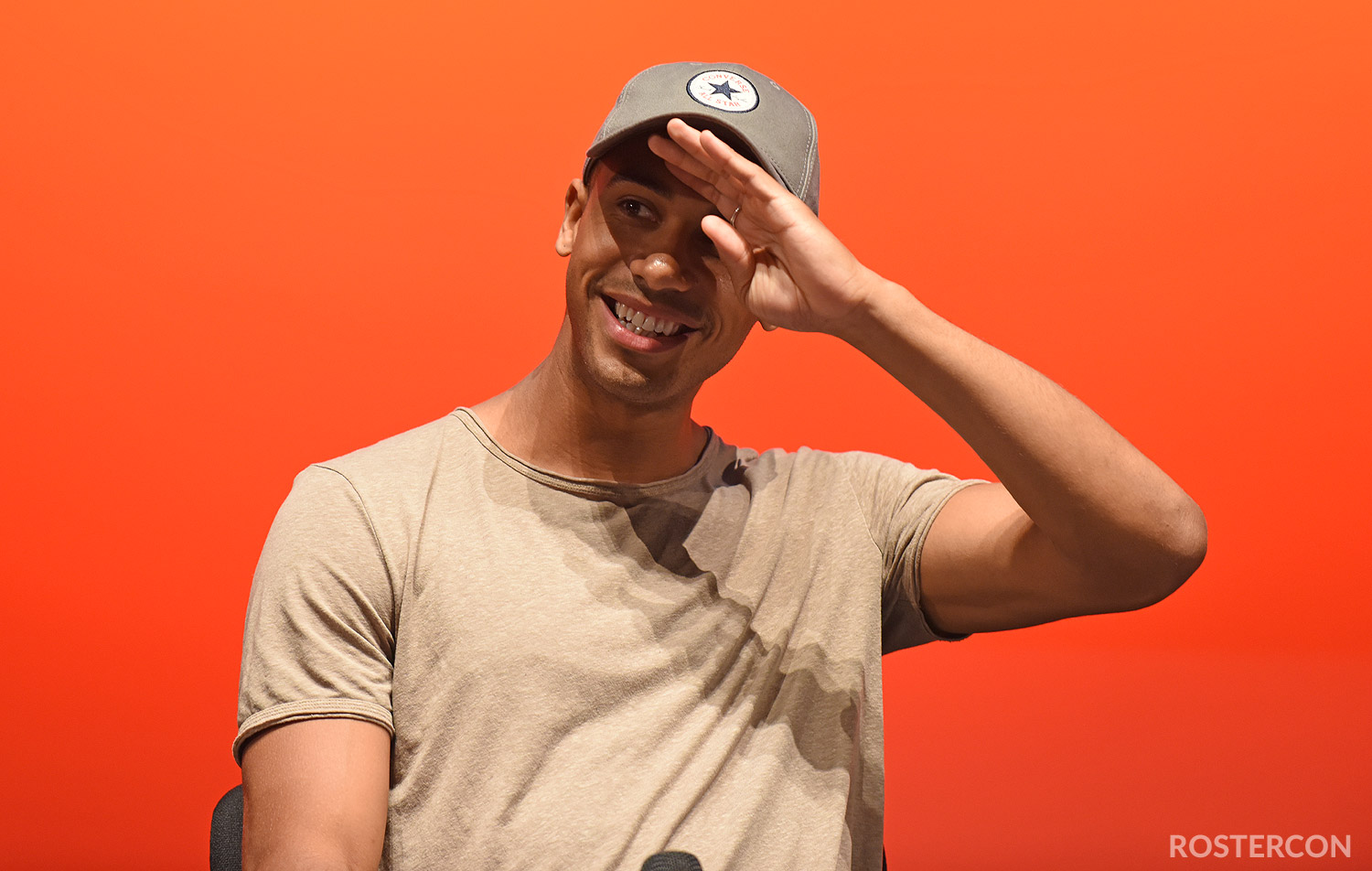 During the Fairy Tales V convention organized by Xivents and Highvents at the end of May 2017 in Versailles, Roster Con had the opportunity to exchange a few words with Elliot Knight, Merlin in the serie broadcast on M6 in France, Once Upon A Time.

It was almost noon when we went to the basement of the ‘Palais des Congrès’ of Versailles to chat with Elliot Knight. As a good convention website that respects itself, we inevitably wanted to know a little more about his feelings toward the fans / actors meeting.

Almost a first, the arrival of Elliot at Fairy Tales V is the result of a combination of favorable elements. On one side, a timing allowing him to free himself on a weekend: “I  hoped to do a couple of other conventions earlier this year but with work I couldn’t make it work”  he says. And on the other hand, the desire was very much present: “I love Paris, I already came here twice and this time I brought my sister, who never saw the city, and my mother, who haven’t been here in years.” These two elements combined with “the huge fanbase present here” made him take the plane to France for a 100% Once Upon A Time weekend.

Very enthusiastic about the Fairy Tales V, he is full of praise for the welcome he received from the fans: “It’s great. There is a wonderful energy, I’m having a lot of fun. I especially liked the meet & greet, which is what I prefer because you can really talk with people.” Very attentive toward his fans, the interpreter of Merlin has a real envy to know them and see what Once Upon A Time means to them: “A girl came to see me this morning telling me that the TV show had saved her life,” he adds. Without knowing the reason, to know just that Once Upon A Time could get her out of this very dark place of her life is incredible. Without conventions, we could not know how much the TV show has an impact on people. “

As a great fan of the JK Rowling saga, Elliot Knight would have liked to participate to a Harry Potter convention if he knew, a few years ago, that this concept of meeting fans / actors existed: “It makes it possible to make friends from all over the world, to talk about a common passion, to all be together in one place. Given the current situation in the world, to have opportunities to meet people, all nationalities combined, and to understand the importance of this idea of ​​being together internationally is great!” More than the gathering of fans, it also brings together the actors. Close friend with Evanna Lynch, Elliot told us that the conventions allowed Luna Lovegood’s interpreter to keep in touch or to meet other actors and become friends with them.

When we’re telling you that the world of conventions is the best!

Even if he does not like putting some people on a pedestal more than others, he still really like actors like Will Smith, Cuba Gooding JR or Denzel Washington (whom his mother loves!) because he could Identify with them in his youth.

Broadcast “probably early 2018” on The CW, the TV show in which Elliot plays the role of Wes tells the story of his wife, Stella, who, sick with terminal cancer, learns that she is cured. And she will have to face the choices she made when she thought she had only a few moments to live. Life Sentence is one of the projects Elliot is most proud of: “I love the character I play. The script is good and the story is beautiful.”  In this comedy about a subject as dark as cancer, he shares the stars with Lucy Hale – who was known for her role as Aria in Pretty Little Liars –  who “became one of my best friends.” For now, only the pilot has been shot. The rest of the season is going to be filmed in two or three months in Vancouver, said Elliot.

Emy Taliana : « Signing Start the Wave in front of Dominique Provost-Chalkley… It was extremely emotional »
Robert Carlyle : “I’ll miss Rumplestiltskin very very much”
James Lafferty : “It’s astonishing how much One Tree Hill still means to everybody”
Liam McIntyre : “The San Diego Comic Con is like the Super Bowl of conventions”
Jamie Chung : “I would love to do a roadtrip movie with Jennifer Morrison”