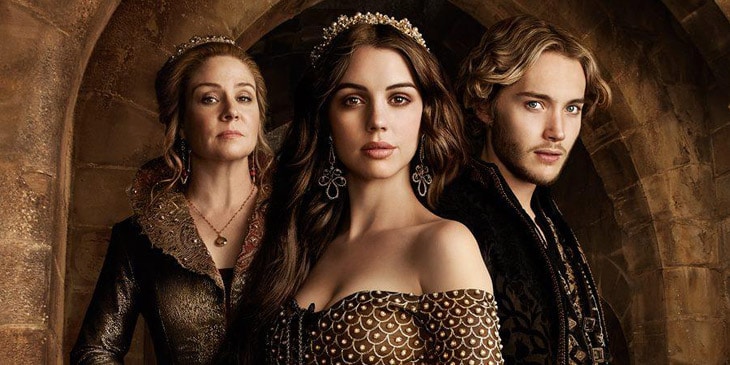 The CW
Do you know this amazing series about the reign and love story between King Francis II (played by Toby Regbo) and the famous Marie Stuart (played by Adelaide Kane) ? Even if it’s a fictionalized series with some invented characters like Bash (Torrance Coombs), François' half-brother, to add action to the historical facts, most of information provided are true. This series therefore relates the events that took place in France in the 16th century.
2

The Theory of Everything (Movie) 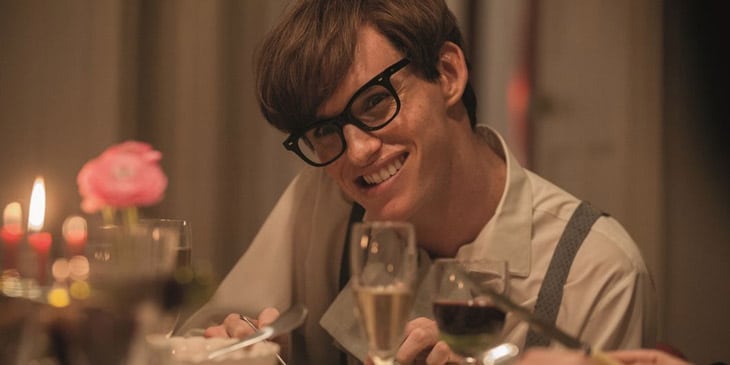 Universal Pictures
This film deals with the life story of the famous physicist and cosmologist Stephen Hawking (played by Eddie Redmayne), especially his youth. We discover his entire history, his meeting with his wife, his first discoveries and his neurodegenerative disease, which he was not supposed to survive. This disease gradually prevented him from moving his limbs, but that didn’t affect cognitive functions, which allowed him to share his many discoveries with the world. This film gives us hope about the possibility of living sick.
3 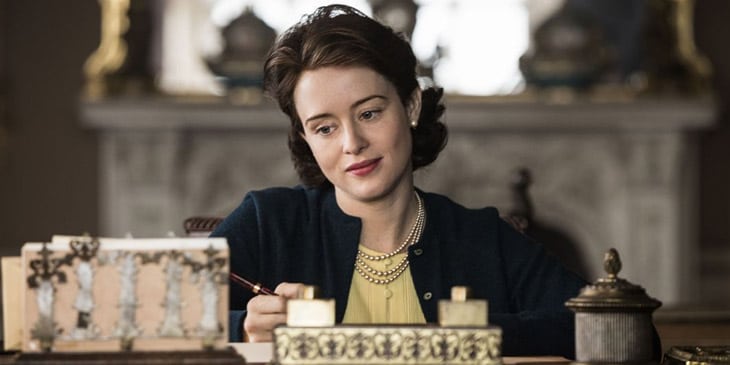 Stuart Hendry / Neftlix
An extraordinary series that presents the life of Queen Elizabeth II (still alive today), played by Claire Foy. We attend her wedding, her coronation and discover the political world of the United Kingdom. Each season tells the story of a decade of the British sovereign's reign, six seasons are planned. Only 2 seasons have been released so far. Netflix reveals season 3 on november 17.
4 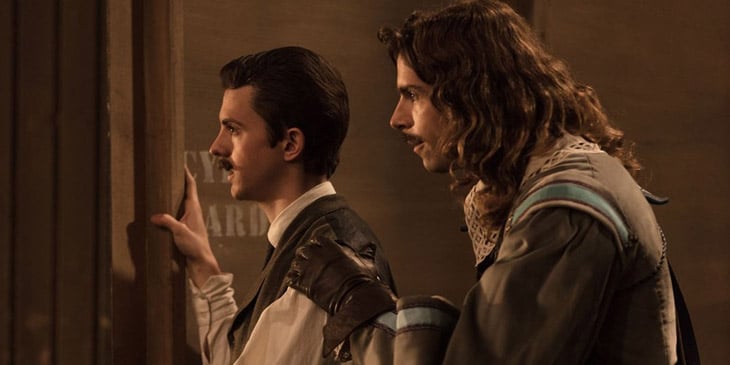 LEGENDE Films - EZRA - GAUMONT
This historical film, released very recently (January 9, 2019), tells the story of the famous writer Edmond Rostand (played by Thomas Solivérès) and his entourage. We discover his youth and the humorous way in which he wrote Cyrano de Bergerac. Desperate, he will propose to a famous actor a new play, making it extraordinary by many adjectives. The only problem is that he actually only has the title : Cyrano de Bergerac. So here is the writing of a play in which he’s the only one to believe. 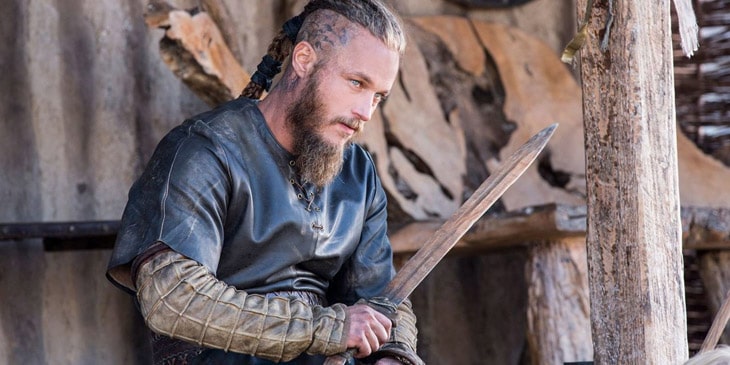 DR
Let's go back to the cold northern countries, in the 8th century. This series deals with the story of the clandestine expedition of a semi-legendary Viking named Ragnar Lothbrok (played by Travis Fimmel). A simple farmer at first who decided not to follow his suzerain's orders and instead went to loot the wealth of the western lands. His successes will change the fate of the Vikings, and this simple name of "Viking" will terrorize entire populations. 6 seasons have already been released.
6 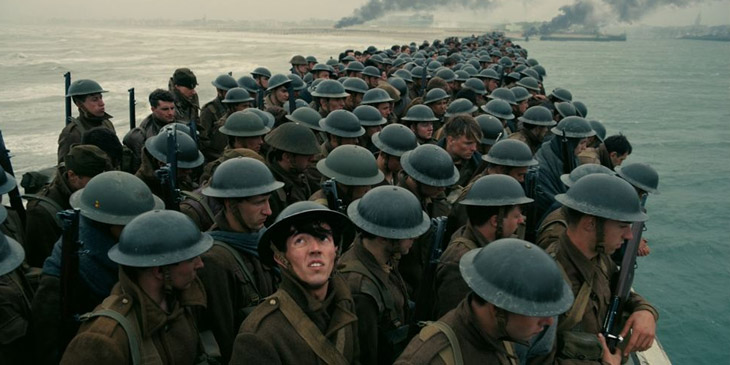 Warner Bros. Entertainment
This film tells the story of the terrible World War II, when British, Canadian, French and Belgian soldiers were surrounded by German troops in Dunkirk. We are following the fate of three soldiers: Tommy, Gibson and Alex (Fionn Whitehead, Aneurin Barnard and Harry Styles) who managed to board under the bombardments, but they still had a lot of adventures to live for. We also discover British pilots to the way to Dunkirk, called Collins and Farrier (Jack Lowden and Tom Hardy). This film touched a lot of people because it reminds us the many deaths in this war.
7 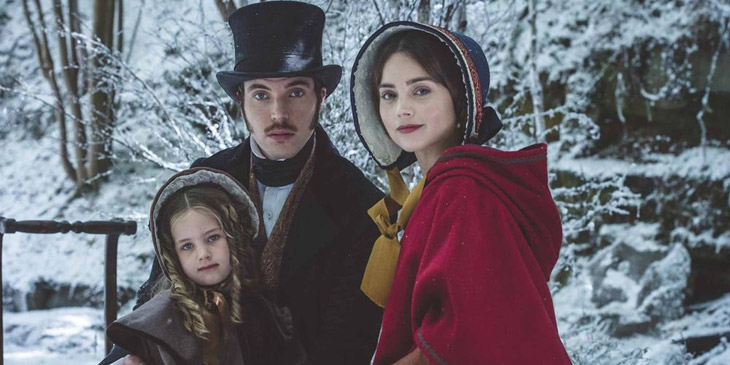 Mammoth Screen / ITV
We follow the life of Queen Victoria (played by Jenna Coleman), her arrival on the throne at the age of 18, her choices, and her marriage. In season 2, we discover the birth of her children as well as various adventures. In season 3, we see the arrival of revolutionary ideas that spread to England. The series has only three seasons so far.
8 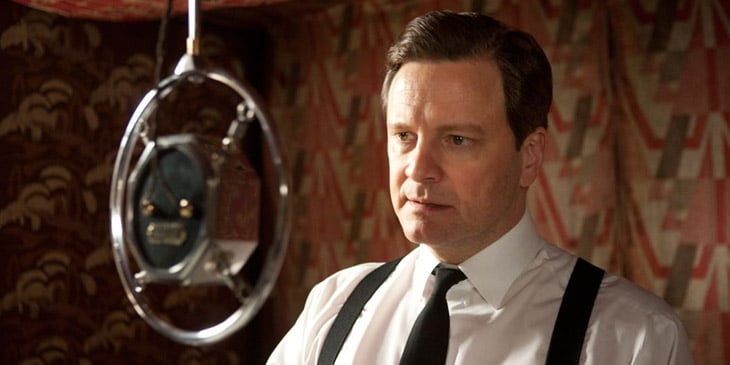 Wild Bunch Distribution
Excellent film I should have mentioned earlier. So here is the story of Prince Albert (played by Colin Firth) with a serious stuttering problem. His brother's abdication forced him to ascend the throne, for which no one was prepared. Thanks to his wife (played by Helena Bonham Carter), he will go to a speech-language pathologist who will help him unlock his mind, even if the meeting will not be the most cordial at first.

The Pillars of the Earth (TV Show) 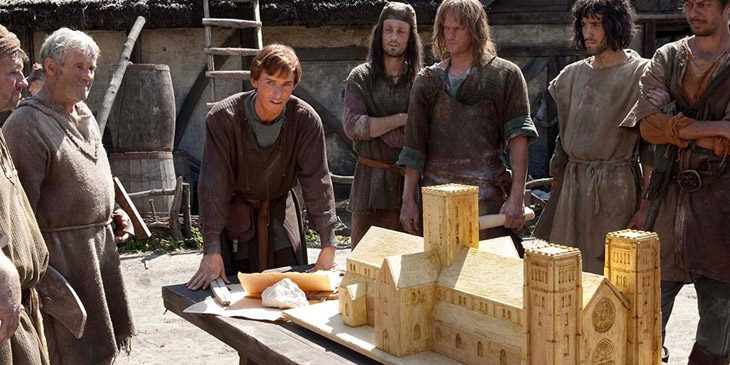 Tandem Productions GmbH / Pillars Productions (Ontario) Inc. / Pillars Productions (Muse) Inc.
Based on Ken Follett's novel, this series deals with the story of the construction of many cathedrals, including the Kingsbridge cathedral built by Prior Philippe (played by Matthew Macfadyen) in England in the 12th century. Faced with the many adventures, he will receive help from several people including Tom Builder, Jack and Aliena (Rufus Sewell, Eddie Redmayne, and Hayley Atwell). Between passion and conspiracy, we don’t know where to look. The series has only 8 episodes.
10

A People and their King 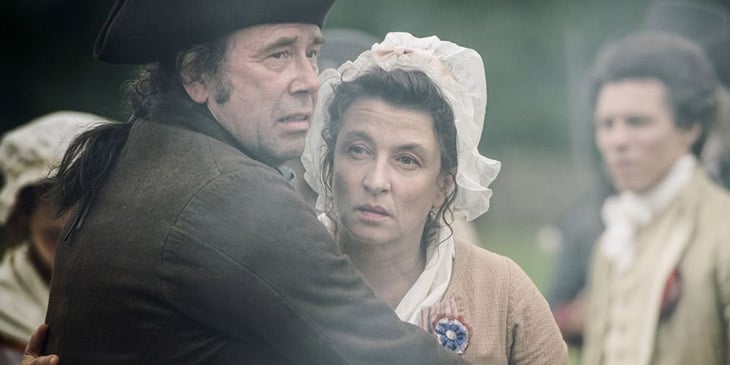 Jérôme Prébois
Here is how the French people entered the Revolution in 1789. We discover a people fighting to the death for the authorization of their rights and for their freedom. This film is mainly dedicated to the citizens and not to the great men of the revolution. However, we may have the appearance of Marat or Robespierre. An interesting film for those who are wondering about the way the French revolution unfolded.

Teen Wolf: a movie in preparation for 2022, the reactions of the cast

Stranger Things: Noah Schnapp in Paris in September 2021 for the Stranger Fan Meet 4

Conventions TV Show
Long May She Reign : Adelaide Kane is the first guest of the convention