Giles Matthey : “I was really intimidated by Robert Carlyle” 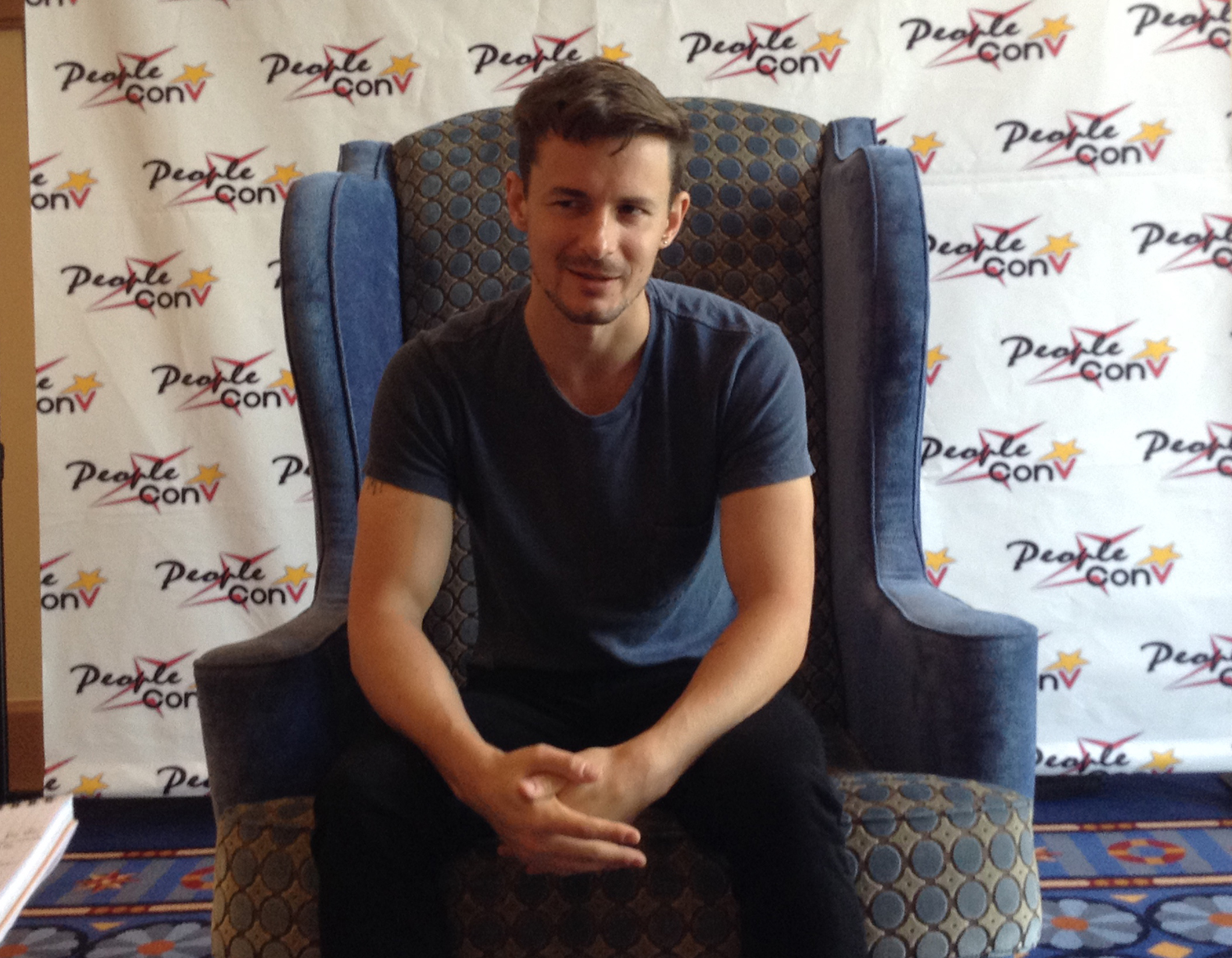 You joined Once Upon A Time, long time after the show started, how were you welcomed by the actors?

When I first got my role, when I knew I would be working with Robert Carlyle I was immediatly “woaw” because he is somebody I really admire. I’ve grew up watching him so I was really intimidated by him and by the prospect of working with him. But then,as soon as I met him and as soon as I met the other actors, with the openess and the amount of “open heart” on the set, I knew it was an atmosphere where you can do really good work. When you feel safe and when people are there for you as opposed to “I’m the star of the show”, it’s always better. And no one is like that in Once Upon a time.

How is the atmosphere on set?

It’s fun, so fun! I’ve never worked on a show as fun as Once Upon A Time.

It is strange sometimes with night shooting or things like that?

Night shooting you get used to when you’re an actor. Sometimes you have to be preprared to shoot from 6pm to 6am. That’s part of the job but the atmosphere is wonderful. Very special.

What can you tell us about the relationship of your on screen parents, Emilie De Ravin and Robert Carlyle?

They are very close and watching them is fun. On and off camera it’s really fun. They have a very good sense of humour. They are devilisch. They are really fun and really really nice.

Season 7 in happening in the future, are we going to have a chance to see you?

I don’t know. I think maybe yes but at the same time I don’t know (laugh). It depends on what they have planned and they won’t tell you. In season 6, I was told to be on only one episode and I end up doing much more… so I really don’t know.

We wanted to talk to you a little about True Blood. How were you cast to play the role of Claude?

This is a crazy story. I only had one episode of TV under my belt : the Good Wife, 1 episode, 3 lines. Hardly anything. I was in Los Angeles and was about to fly to New York to go back to walking dogs, because I use to be a dog walker in New York. My agent calls me and told me to go to that audition. I didn’t know what True Blood was, I had no idea who Alan Ball was but I get in there with my big bags and these clothes on because I got given some free clothes and back in New York it was suppose to be really cold. So I was really hot, sweaty in Los Angeles and I was trying to do my best with people and it honestly took 2 minutes to do the audition. After that, I left and went back to the airport and my agent calls me and said : “get out the security line, you got the job. You’re in wardrobe tomorrow and you shoot the next day.” Crazy story !

Claude is described as “so breathtaking that women are left speachless” in the books. Did you feel any pressure? (laugh)

(laugh) No because they made their choice and you need to trust the casting, trust the show itself. So it’s there decision. I’m just an actor, I can’t control the way I look too much so you just do your job.